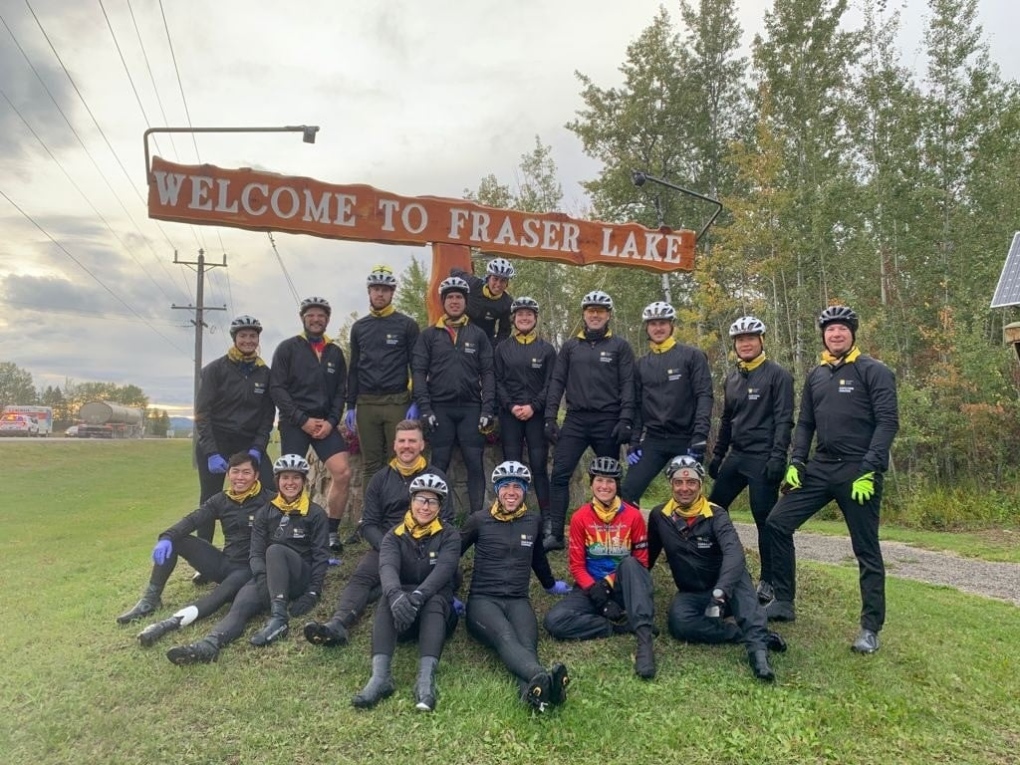 Nineteen law enforcement and emergency services personnel departed from Prince George Friday, as they cycle 870 kms across Northern BC.

Inspector Darren Woroshelo of the RCMP's BC Highway Patrol and this year's Tour de North Steering Committee Chair, says the participants have been preparing all summer.

"Over the last four months, they've got their bikes from one of our sponsors -- Cycle Logic here in Prince George -- and they have been working really hard fundraising and training; our goal this year was to raise at least $100,000 for pediatric cancer through the Canadian Cancer Society, and so far we have achieved our goal and we're trying to exceed that now."}

Woroshelo says 80% of the money raised will go to pediatric cancer research -- with the remaining 20% going to Camp Good Times.

"Having met several of the kids that have had cancer and began their recovery process and gone to Camp Good Times, and their families, it's quite emotional and they really say that Camp Good Times is the first opportunity where the kids can be kids again and they can really start that healing process so it's a great opportunity for the children," he explained.

Today (Monday) the participants head from Burns Lake to Houston and Smithers.

Tuesday, they move on to Witset and New Hazelton -- on Wednesday they have stops in Gitwangak and Terrace -- and Thursday it's off to Prince Rupert to complete the journey.