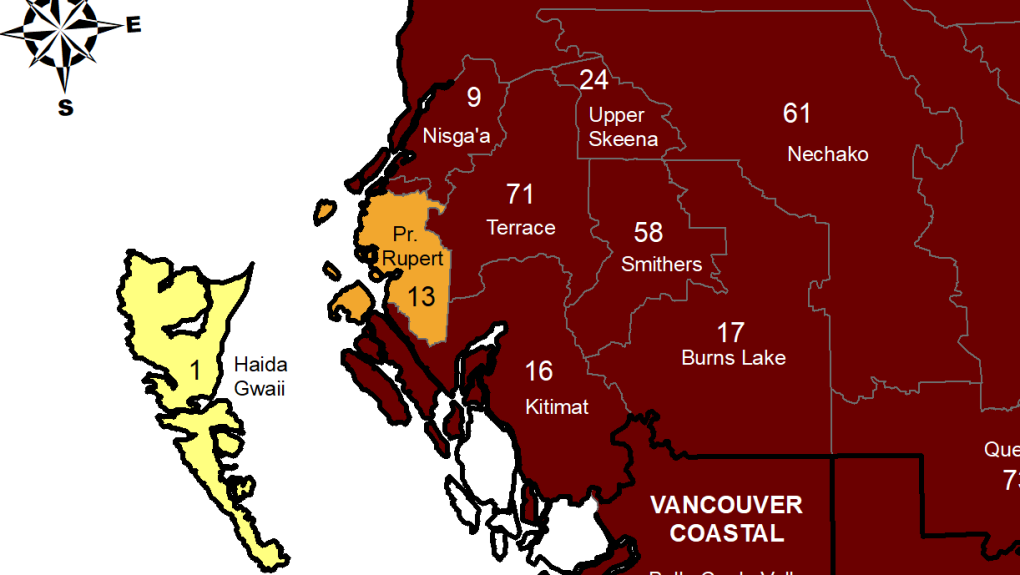 Other nearby regions struggling with the virus as well, particularly those in the Bulkley Valley and Lakes District.

According to the Centre for Disease Control, Prince Rupert and Haida Gwaii have the lowest per capita COVID-19 rates in all of Northern Health.

84 per cent of British Columbians are fully vaccinated, but the only area with a second-dose rate at that level in Northwest B.C. is Kitimat.

Additionally, the BCCDC has previously suggested the region’s vaccination rates could be inaccurate due to a possible increase in temporary workers affecting the rate’s numerator but not the denominator.

Around the coast, about four-fifths of residents in Prince Rupert, Haida Gwaii and the Nass Valley are fully vaccinated. In Terrace, Upper Skeena and the far northwest, around three-quarters of residents have had both shots.

Further east, second-dose vaccination rates in Smithers, Burns Lake and Nechako are about 15-20 per cent lower than the provincial average.