After six weeks, the Warriors Walk for Healing Nations arrives in Kamloops 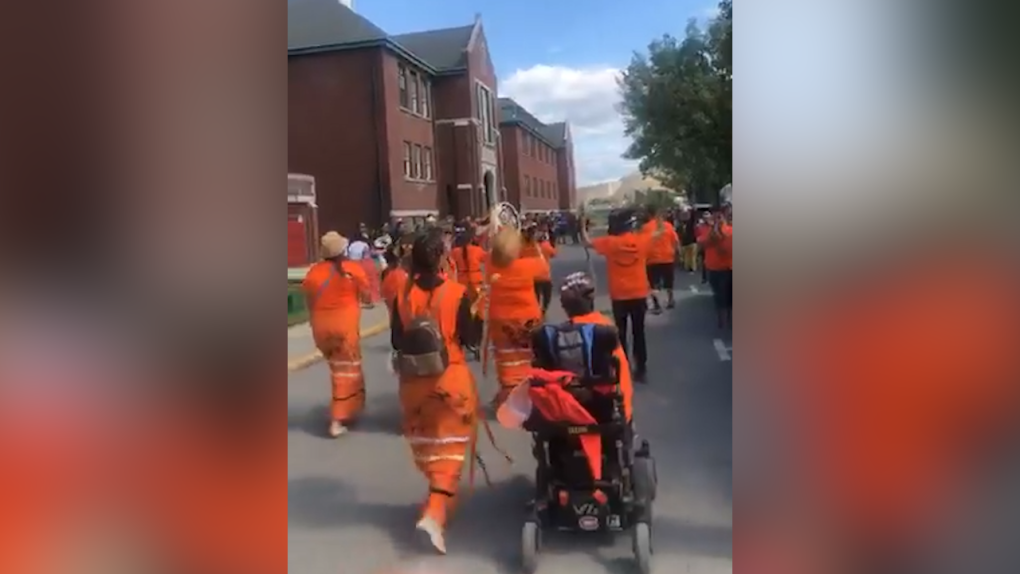 PRINCE RUPERT, B.C. -- The Warriors Walk for Healing Nations has finally finished its long trek from Whitehorse to Kamloops, and the Telegraph Creek man who first came up with the idea for the walk said it felt “amazing” to finally arrive in the city.

“It’s hard to describe the feeling of all the people that were walking with us and showed up to support us,” said Jamie Henyu in an interview with CFTK from Kamloops. “It was so amazing.”

Henyu said the trip had its ups and downs. Notably, he said the team faced challenges such as communication issues and the deaths of people’s pets and family members, which meant some walkers had to return home.

To manage the heat and the long length of the journey, the walkers decided to split the walk into sections, where different teams of people would complete separate sections of the walk.

Along the route, Henyu said it was remarkable how much care the walkers received as they visited various communities along the route.

“It was just remarkable how much they took care of us,” he said. “They fed us and housed us and helped us out with donations. All the way down, I can’t say there was one favourite place because everywhere was remarkable.”

When the walkers arrived in town yesterday, they attended a large celebration event hosted by the Tk’emlúps te Secwépemc First Nation.

Henyu said it also felt “scary” for the team to arrive in Kamloops, knowing they had made it to their final destination.

“After six weeks with all these wonderful people, it was coming to an end. It was very scary and joyful at the same time, knowing that we felt like we did something positive but we just didn't realize how big of an impact. And now we were just overwhelmed and blown away with the welcoming we had here.”

The Warrior Walkers also paid a visit to the former site of the Kamloops Indian Residential School, where the Tk’emlúps te Secwépemc used a ground-penetrating radar to discover what’s believed to be 215 unmarked graves of residential schoolchildren.

Henyu described the visit to the site as powerful and heavy.

“The reception we got at the school itself was so amazing. It was a heartwarming feeling for all of us, after walking 2,507 kilometers, that we made it to our destination. A lot of them were overwhelmed – it was hard for them to stop crying.”

Henyu says he’s not sure what his next steps are, but he plans to stick around Kamloops for a few days.