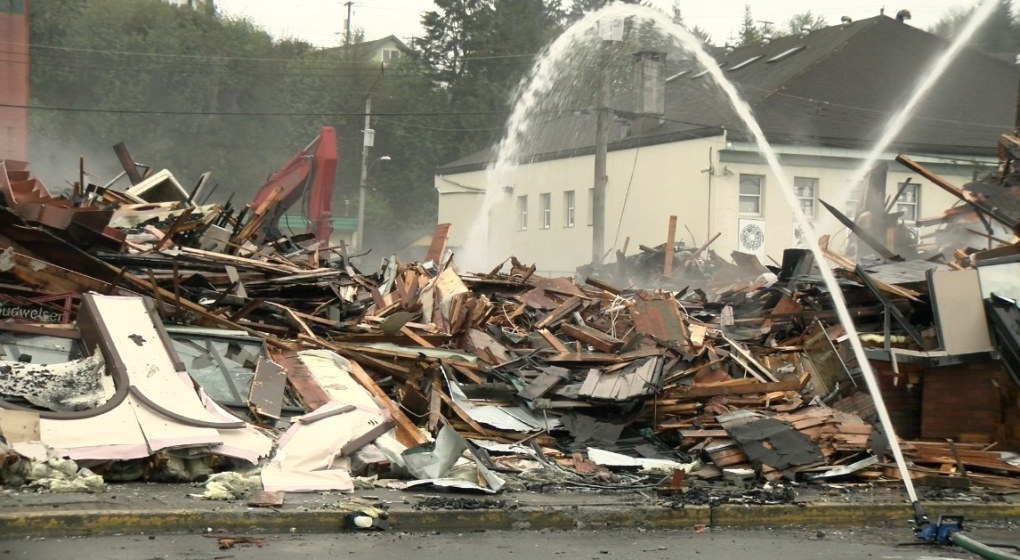 The aftermath of a structure fire that burned down the Belmont Hotel.

The Belmont Hotel, a well known bar located in the 700 block of 3rd Avenue in downtown Prince Rupert, burned down as the result of a structure fire on the evening of May 1.

Prince Rupert Fire and Rescue said in a statement via Facebook that responders arrived to the scene shortly before 9 p.m. and managed to get the fire under control by 2 a.m. on May 2.

"All I saw was kind of an explosion thing. Then the whole fire just started around eight or nine o'clock, and there was a loud boom. They got here in fiive minutes and they started hosing the place down really fast and blocking off all areas for everybody," said eye-witness Cleo Moore.

While the cause of the fire is still unknown pending investigation, according to Prince Rupert City Councillor Reid Skelton-Morveni, it's certainly a blow to the community losing one town's longest standing businesses.

"Anytime we lose any building, it's definitely a hit for the community, especially if it's hospitality or accommodations. I know there were some apartments up there as well that were lost in the process and a neighboring store," he told CFTK-TV.

"So it's definitely a loss for the community. We've had a ton of different fires over the past little while, in the past few years especially. Each and every time it's a hit, regardless of the industry," Skelton-Moven continued.

Fire crews remained on the scene throughout the day on May 2 to monitor for potential hot spots.

According to Prince Rupert Deputy Fire Chief Chad Cooper, there are no injuries to report from the incident.