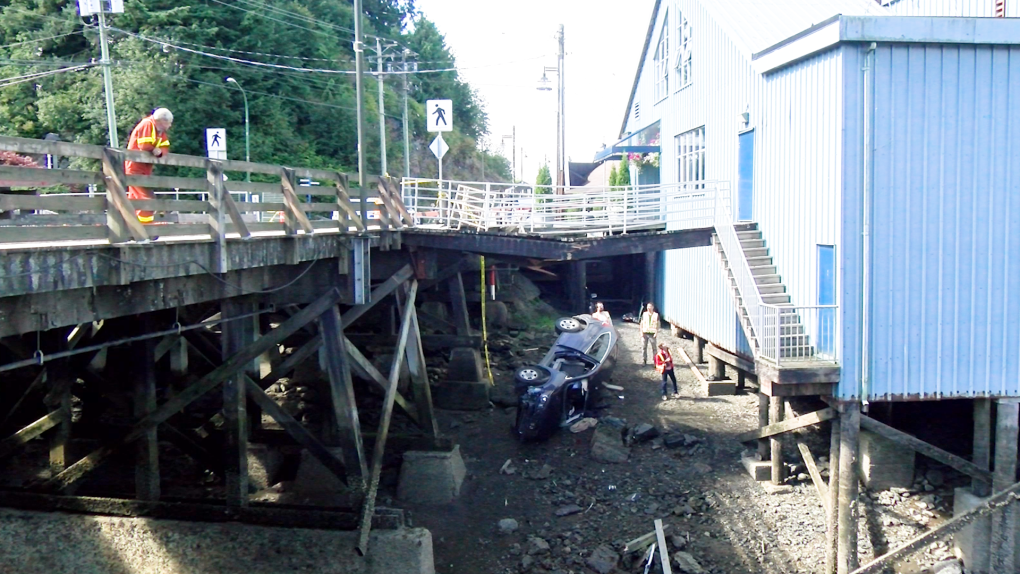 Fire crews in Prince Rupert were dispatched to the scene of the accident around 10:17 a.m., where they found a car lying on its side below the bridge near Breakers Pub.

PRINCE RUPERT, B.C. -- A mid-sized vehicle in Prince Rupert drove off the side of a bridge in Cow Bay earlier today.

Deputy Fire Chief Chad Cooper said fire crews were dispatched to the scene around 10:17 a.m. today, where they found a vehicle that had dropped off the wooden bridge next to Breakers Pub and was lying on its side.

Fortunately, he said the driver of the car only had minor injuries. An ambulance later took the driver to the hospital.

Cooper said he did not know what caused the crash.