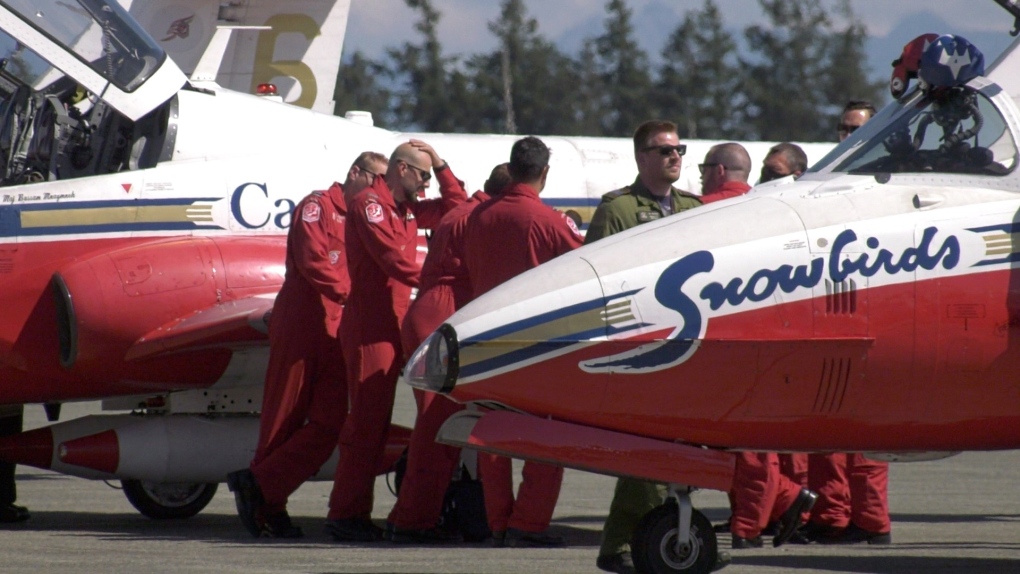 The CF Snowbirds are pictured on Vancouver Island: (CTV News)

PRINCE RUPERT, B.C. -- The Canadian Forces (CF) Snowbirds are set to perform in Terrace this summer on July 20th for the Northwest Regional Airshow.

The Snowbirds were initially set to make their return to the city in July 2021, but that event had to be postponed due to the pandemic.

The last time the Snowbirds performed in Terrace was in 2000, while the last airshow that took place in the city was in 2004. That event did not include the snowbirds

The CF-18 Demo Jet – which flew over Terrace on August 14th – will also be making an appearance at the show.

Northwest Regional Airshow President Steve Pereira says the return of the Snowbirds is “long overdue” and that there’s a lot to be excited for.

“As everybody knows, the F-18 did fly over Terrace last summer, and that created a huge buzz. People were outside, people were all over social media – and that’s just one plane,” he said.

“We’re going to have multiple planes that will be at this event. So if that got everybody excited to see that one plane flying over the community for the 60 seconds it did, at the airport the thunder of the jets and through the community is going to be crazy.”