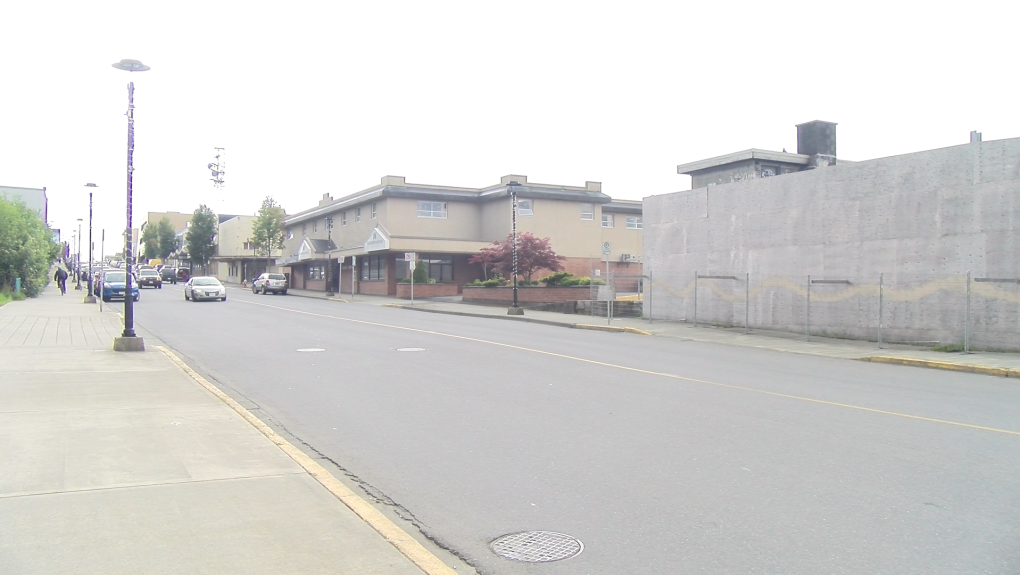 The City of Prince Rupert and Northern Saving Credit Union are hoping to build the new city centre on the city blocks west of McBride St. and 3rd avenue.

PRINCE RUPERT, B.C. -- The City of Prince Rupert and Northern Saving Credit Union are partnering together to create a new downtown city centre.

The two groups recently signed a Memorandum of Understanding to develop the centre – known as the Rupert Gateway Project – at McBride St. and 3rd Ave., where the current credit union building is located.

The new centre will also feature what the city calls a “pedestrian mall” that will include commercial spaces, housing units and an undercover area for the public. Prince Rupert Mayor Lee Brain described it as a gathering place for pedestrians that could potentially be a space for events such as music performances and farmers markets.

“The idea is that we're going to start focusing more on the experience you're going to have in the downtime, rather than just opening it up for retail and commercial shops,” he said in an interview with CFTK.

“The world's changing, and now people want to have better experiences in the downtown. A place where you can sit and have lunch, that type of thing – that's where what people would like to see. But it rains here almost 200-plus days of the year, so we got to make sure that it's all undercover and the design looks great too so people will enjoy actually gathering there.”

Brain says two main goals behind the project are to condense the city’s downtown core and to create a better downtown experience for the city’s residents. The project is still in its infancy, but Brain says that the city will have more information out about the project by the end of the year.

“For now, we've just announced that we're going to be moving in that direction,” he said.

Brain says he expects construction to begin on the project in the summer of 2022.