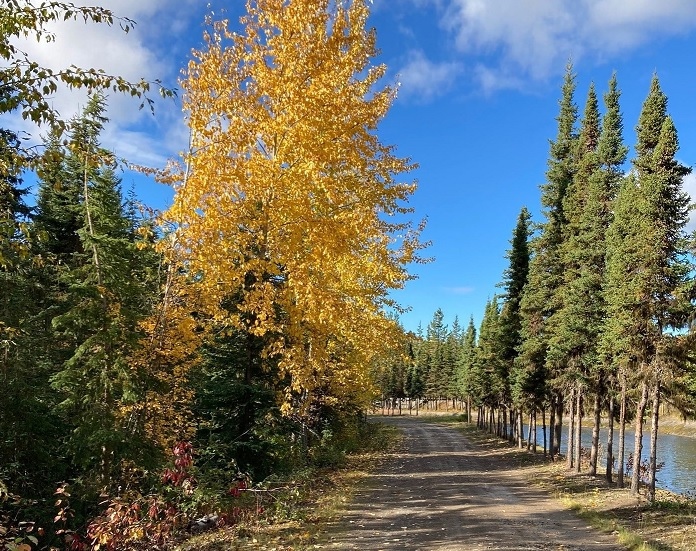 Access road to Fulton River Spawning Channel near Granisle, where a 70-year-old man was attacked by a grizzly bear Sep 29, 2021 -- PHOTO CREDIT: BC Conservation Officer Service

GRANISLE, B.C. -- Conservation Officers say no attempts will be made to capture a grizzly bear, which attacked and seriously injured a man near Granisle early Wednesday morning.

The C.O. Service says its investigation determined that the encounter was a surprise defensive attack as the 70-year-old man was attempting to photograph bears, and had been walking along an access road to the Fulton River Spawning Channel -- an area frequented by bears, especially during salmon spawning season.

The man suffered serious injuries to his arm and was transported to hospital in Prince George for treatment.

No further details regarding his condition are unavailable at this time.

C.O.'s are reminding everyone travelling in bear country to always be aware of your surroundings, carry bear spray, travel in groups, and make noise to avoid surprising a bear.