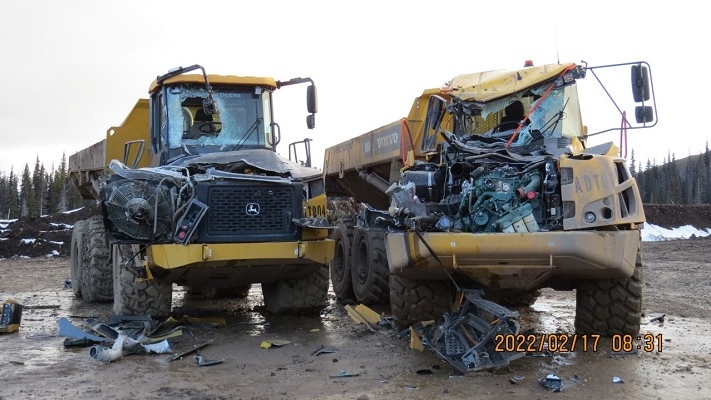 Police are investigating after a violent confrontation at a Coastal GasLink worksite on the Marten Forest Service Road.

Houston RCMP received a report on February 17th shortly after midnight that about 20 people, some armed with axes, were allegedly attacking security guards and smashing vehicle windows.

Upon attendance, they found the roadway had been blocked and that fires had been lit through the debris.

As they made their way through the area, several people threw smoke bombs and lit fire sticks at the police.

Extensive damage was done to workplace machinery as well.

"This is a very troubling escalation in violent criminal activity that could have resulted in serious injury or death. This was a calculated and organized violent attack that left its victims shaken and a multimillion dollar path of destruction," said Chief Superintendent Warren Brown, North District RCMP Commander.

"While we respect everyone’s right to peacefully protest in Canada, we cannot tolerate this type of extreme violence and intimidation. Our investigators will work tirelessly to identify the culprits and hold them accountable for their actions."

In an online statement, Coastal GasLink described the events as a "dangerous unprovoked assault."

"This coordinated and criminal attack from multiple directions threatened the lives of several workers," it said.

"In one of the most concerning acts, an attempt was made to set a vehicle on fire while workers were inside. The attackers also wielded axes, swinging them at vehicles and through a truck's window. Flare guns were also fired at workers. Workers fled the site for their own safety and remain shaken by this violent incident. Fortunately, there were no physical injuries to Coastal GasLink workers."

Anyone with information about this incident is asked to contact the Houston RCMP.