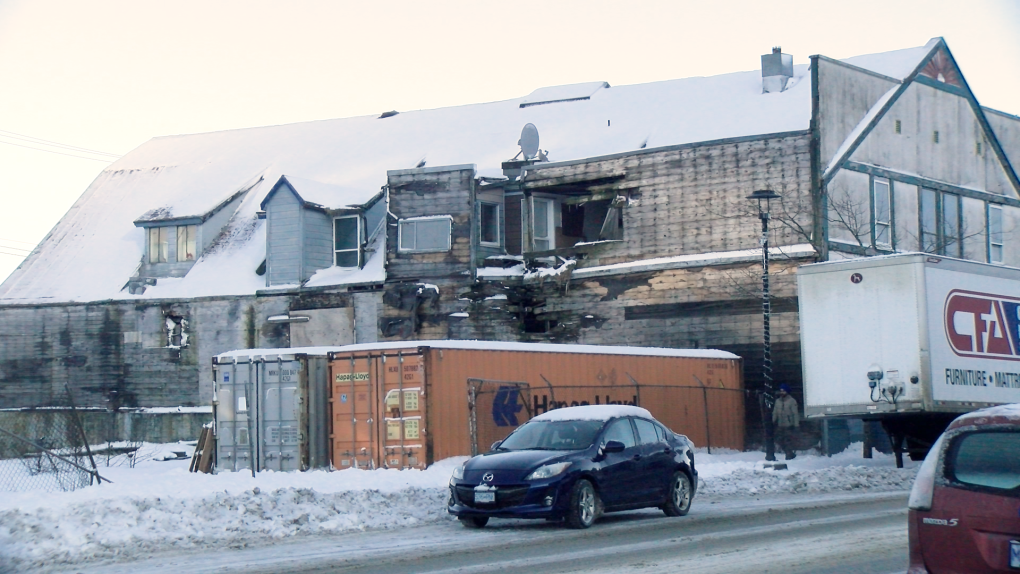 The derelict Empress Hotel building in Prince Rupert, which Mayor Lee Brain says is slated for demolition next year.

PRINCE RUPERT, B.C. -- The City of Prince Rupert has finished an $11.5 million expansion of its landfill, which means the city can now tear down some derelict buildings in its downtown core.

In a previous interview from January 2021, Mayor Lee Brain said that the city couldn’t tear down buildings in its downtown core because its landfill was full.

“We have a variety of buildings in queue in the downtown and other places that want to come down and want to be replaced and be reconstructed, but there's nowhere to put the debris,” he said.

In a Facebook post, Brain says the city can now demolish buildings such as the old Dairy Queen – which is currently covered by wooden boards – and the Empress Hotel, which is so dilapidated that parts of its walls are falling apart.

Brain also had other good news for the city’s downtown.

He said the city’s new enforcement campaign to make sure property owners clean their buildings has brought nearly two dozen downtown properties he described as unsightly into compliance with city standards .

He also says there has been a “major uptick” in the city’s tax incentive program for revitalizing the downtown.

Brain says the city has been talking with many commercial and housing developers and that residents can expect to see progress in the city’s revitalization next year.