Cops for Cancer 2021 Tour de North into its final day 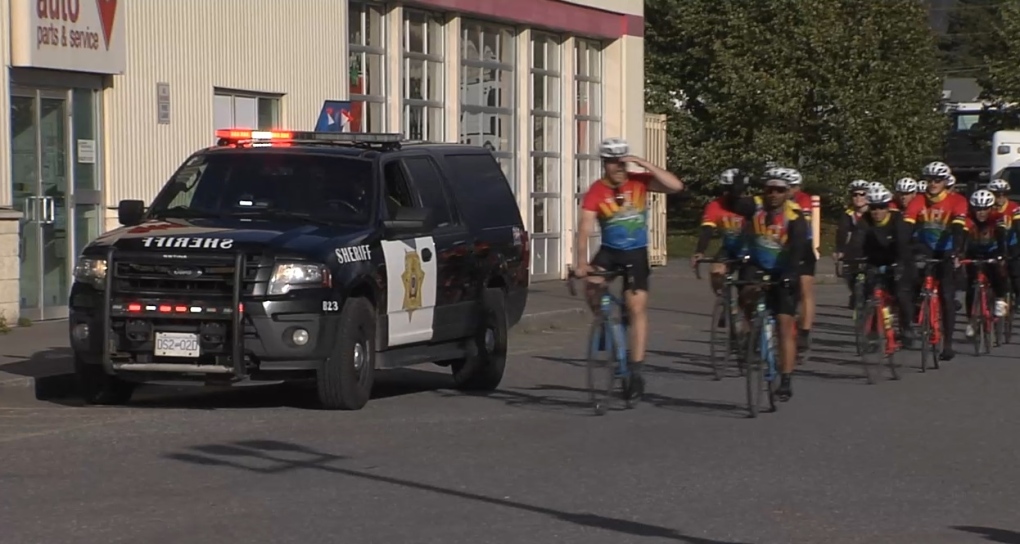 TERRACE, B.C. -- The gruelling seven-day bicycle marathon known as the Cops-for-Cancer Tour de North comes to an end this afternoon in Prince Rupert.

The 17 cyclists taking part began their journey in Prince George last Friday, and travelled 870 kilometres along Highway 16, with a side-trip to Fort St James -- raising money for the Canadian Cancer Society.

Sunshine greeted their arrival in Terrace yesterday, and Tour organizer Georgia Hennessy Jackson says as they had everywhere along the route, they received a warm welcome -- despite the challenges presented by the pandemic.

"Obviously things are looking a little different due to COVID with all of our stops being outdoors and socially-distanced, but we're doing everything we can to keep ourselves safe and keep our communities safe while still raising money for kids affected by cancer," she said.

Eighty per cent of the money raised by the Tour de North goes toward pediatric cancer research and the remaining 20 per cent is used for support services such as Camp Good Times -- a medically-supervised camp for young cancer patients.

Hennessy Jackson says the arduous journey is truly a labour of love for the cyclists.

"All of the police officers, firefighters, paramedics and nurses who are riding this year's Tour de North are incredibly passionate and they've done a fantastic job so far in raising money for those kids to go to camp and get the treatment that they need."

Hennessy Jackson says last year, over one thousand children were diagnosed with cancer in Canada.

And she says since even one child is one too many, the cyclists will keep riding year-after-year as long as there is still a need.