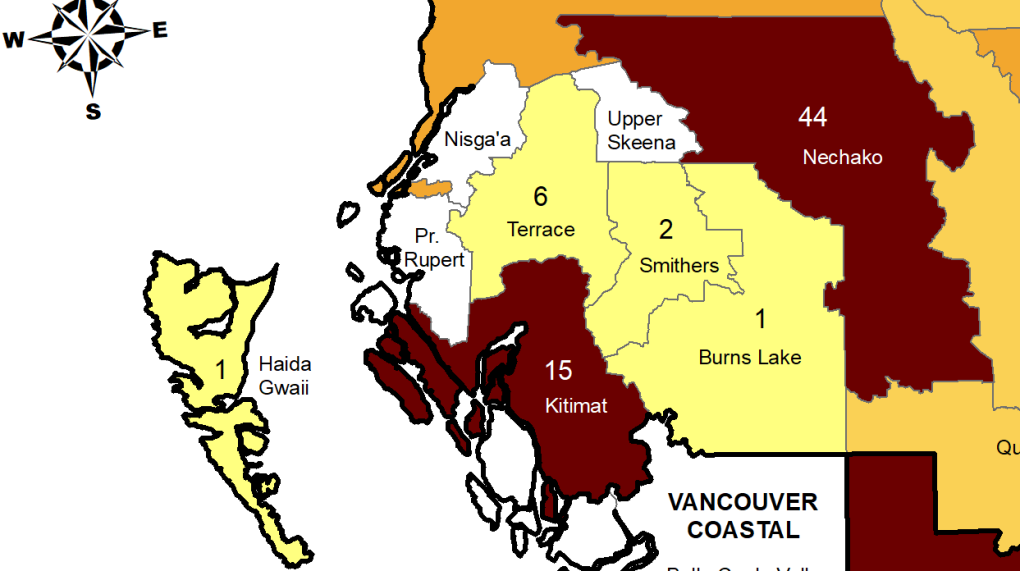 PRINCE RUPERT, B.C. -- COVID-19 cases are rising throughout B-C, and the Northwest is no exception.

Most notably, 44 new cases were reported in the Nechako local health area from August 8th to 14th, according to the BC Centre for Disease Control.

No new cases were found in Prince Rupert, Nisga'a or Upper Skeena.

Vaccination rates continue to remain varied across the Northwest.

Kitimat recently reached the 90 per cent mark for first-doses among people ages 12 and up, while Haida Gwaii is at 85 per cent. The first-dose rates for Prince Rupert and Nisga'a are 81 and 82 per cent, respectively

Vaccination rates remain low in the Bulkley-Nechako region -- just 68 per cent of Smithers residents and 67 per cent of Burns Lake residents have gotten a shot. In Nechako, the rate is just 63 per cent.

Across B.C., 83 per cent of people age 12 and up have received their first dose of a COVID-19 vaccine.