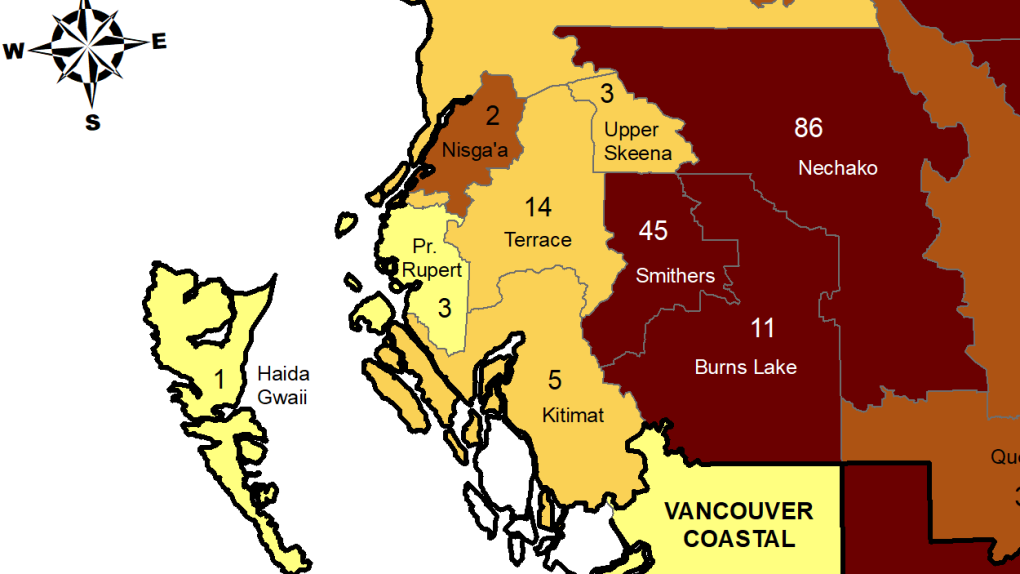 PRINCE RUPERT, B.C. -- The Bulkley-Nechako region saw a notable increase in COVID-19 cases last week, according to the latest weekly data from the B.C. Centre for Disease Control.

These three areas have some of the highest per capita COVID-19 case rates in Northern B.C., reporting over 20 new cases per 100,000 individuals.

Closer to the coast, COVID-19 case rates are much lower.

94 per cent of residents in the Kitimat LHA have received their first dose, making it the region with the second-highest first-dose vaccination rate in B.C., just behind the Central Coast.

Haida Gwaii has a first-dose rate of 86 per cent, while the rates for Nisga’a and Prince Rupert are 84 and 83 per cent, respectively.

For all four of these regions, second dose rates are between 72 to 80 per cent.

In Smithers and Burns Lake, around 70 per cent of residents have received at least one dose and just over 60 per cent have had a second dose.

Vaccination rates in Nechako area remain low at 66 per cent for first doses and 57 per cent for second doses.