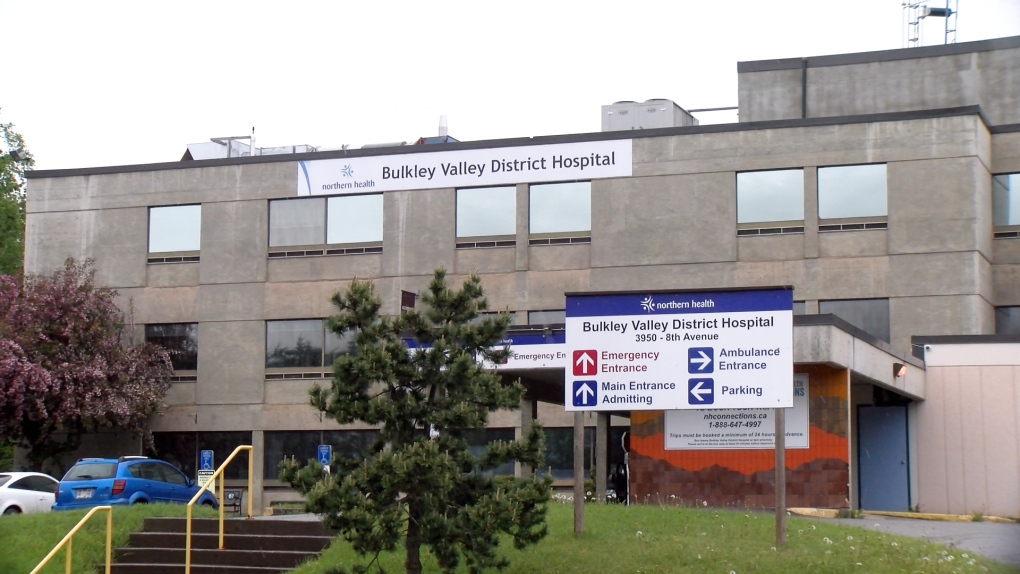 The Bulkley Valley District Hospital in Smithers, B.C. The Smithers Local Health Area, which also includes Houston and Telkwa, has a first-dose vaccination rate of 63 per cent for those ages 12 and older. (Photo source: Joshua Azizi).

PRINCE RUPERT, B.C. -- British Columbia has seen a strong intake of the COVID-19 vaccine, with 76 per cent of residents ages 12 and older having received at least one dose of vaccine.

However, data from the B.C. Centre for Disease Control (BCCDC) shows some regions in Northwest B.C. and the Northern Interior have some of the lowest vaccination rates in the province.

In both the Smithers and Burns Lake Local Health Areas (LHAs), just 63 per cent of residents have received one dose of vaccine as of June 24th.

In the Nechako LHA – which includes communities such as Vanderhoof, Fort St. James and Fraser Lake –  the first-dose vaccination rate sits at 58 per cent.

In contrast, other Northwest regions such as Prince Rupert, Upper Skeena and Kitimat have vaccination rates that are at or higher than the provincial average.

Northern Health Chief Medical Health Officer Dr. Jong Kim says although there are some people who are against the vaccine, there are also people who are just hesitant about it or who want to get vaccinated but have had difficulty accessing an appointment. It's those two latter groups that Northern Health is trying to reach out to.

“We want to bring the vaccines to where people are at, like the malls or the gathering places or farmers' market. People are already there, they see the vaccine, and they might not mind being immunized then. So we are looking for those kinds of opportunities"

He adds building trust is another important part of Northern Health's vaccination strategy, which they try to create through engaging community leaders and primary care providers in their vaccination efforts.

Dr. Christopher Yeker is a family doctor at the Coho Clinic in Smithers who says the clinic has been counseling many patients around their concerns with the vaccine.

To help them make a decision, he explains to them the current research on the shot.

"I try to break down in accessible language what studies we've done, what kind of numbers we're talking about in terms of side effects and things like that so people can get a bit of a grasp of the proportions and the risk levels, as low as they are,” he said

In particular, Dr. Yeker says many of the conversations he has on the issue centre on the effects of the COIVD-19 vaccine on pregnant people.

"All of those indicators are generally that there's not higher event rates of complications for pregnant patients, and we do know that COVID is associated with more serious outcomes for patients who are pregnant. So I try to give them a balanced perspective on the likely benefits and the lack of evidence for harm.”

Like Dr. Kim, he says building trust with communities – particularly those where vaccine hesitancy is higher – will be key in reducing hesitancy.

"We need to work with those communities and look for voices within those communities that can help people take a good look at the evidence that we do have and make an informed decision, because I think trust is the real key thing there."

Despite lower vaccination rates in some areas, COVID-19 cases counts in the Northern Health region are currently quite low. The BCCDC says just one new case of the virus was detected in Northwest B.C. last week, between June 13th to 19th.

The lone case was reported in Terrace, which hadn’t seen any new cases since late May.

COVID-19 case rates in other parts of the Northern Health region also appear to be shrinking.