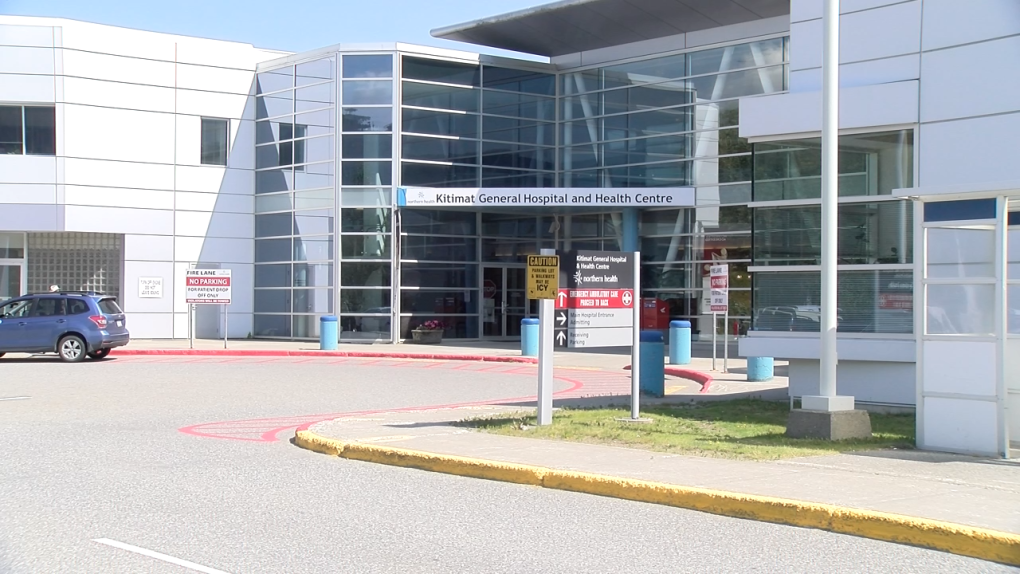 Joshua Benson's death occurred less than an hour after he was discharged from Kitimat General Hospital on August 31st, 2020. (Photo source: Hillary Johnson).

PRINCE RUPERT, B.C. -- A Gitxsan woman has filed a lawsuit against Northern Health following the death of her son.

The plaintiff, Terrace resident Naomi Bracken, alleges that Northern Health failed to provide proper care to her son, Joshua Benson, who died shortly after he was discharged from Kitimat General Hospital on August 31st, 2020.

According to the statement of claim, Benson arrived at Kitimat General Hospital at 2:39 p.m. “complaining of severe, intense squeezing chest tightness radiating to the left shoulder,” which he graded between eight to nine on a pain scale up to 10.

His blood pressure was found to be elevated at 175/101, although other tests performed on him – such as a chest x-ray, an oxygen saturation test and an examination of his heart and lungs – found unremarkable results.

To manage his chest pain, Benson was first given Morphone Sulfate and later 30 mg of Toradol when the pain didn’t recede. Shortly after receiving the Toradol, Benson said the pain had decreased. By 8 p.m., he reported that the pain had been resolved.

Benson was discharged from the hospital at 10:15 p.m., although his blood pressure was still elevated. According to the statement of claim, he was given a dose of Ramipril before he was discharged and advised to see his family doctor in the morning or go to the ER for a blood pressure check.

At 11:05 p.m., Benson “clutched his chest and collapsed in cardiopulmonary arrest” while walking up a hill. An ambulance quickly brought Benson to the hospital, but he was pronounced dead at 11:54 p.m.

Benson was later found to have died of an aortic dissection/rupture.

It alleges Northern Health “failed to admit Benson overnight to the hospital to control his blood pressure and determine the cause of the very severe and prolonged chest pain.” It also claims the health authority failed to carry out a CAT scan or any ischemic evaluations or stress testing on Benson.

“Given that aortic dissection is a highly lethal condition associated with severe high blood pressure, the Defendants should have carried out a CAT scan to rule out or diagnose aortic dissection,” it reads.

The lawsuit also draws attention to the use of painkillers to limit Benson’s pain before he was discharged.

“The Defendants failed to consider that, notwithstanding that two 5mg doses of Morphine Sulfate and 30mg of IM Toradol over 7.5 hours finally relieved the pain, [it] does not mean that the underlying problem had been resolved.”

It also alleges the defendants did not treat Benson’s hypertension, other than through providing him with two doses of Ramipril.

Bracken’s lawsuit seeks a variety of different forms of damages from Northern Health, including for emotional shock, loss of future economic and emotional support, and aggravated and punitive damages.

The statement of claim was filed in the Terrace court on June 11th. Northern Health has 21 days from the day it was filed to submit a response.

Northern Health Spokesperson Eryn Collins said the health authority is unable to comment on the case, since it’s currently the subject of ongoing litigation.

None of the claims in Bracken’s lawsuit have been proven in court.