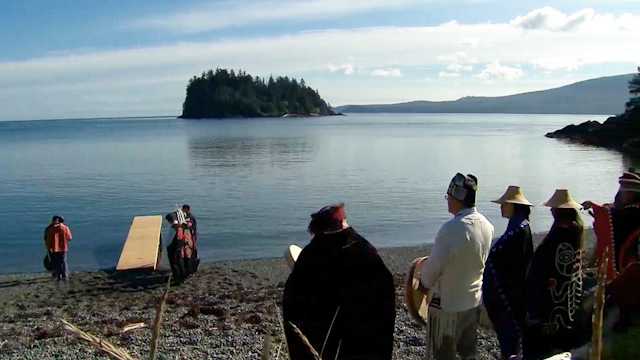 PRINCE RUPERT, B.C. -- The Council of the Haida Nation has signed an agreement with the province and federal government that will set the stage for reconciliation negotiations.

Discussions on reconciliation will include priority and long-term topics that will redefine the relationships between the three parties involved. The agreement also commits the parties to a series of good-faith starting measures, which could focus on forestry, business opportunities, fisheries, marine matters, governance or socio-cultural matters.

Private land and the operation of municipal governments will remain under provincial jurisdiction, and any acquision of private lands by the Haida Nation will be on a willing seller-willing buyer basis.

A press release announcing the agreement notes how both the federal and provincial governments have signed legislation that aims to implement the United Nation's Declaration on the Rights of Indigenous People, and it says the GayG̱ahlda agreement is an example of this approach.

"Today's announcement is an historic and exciting milestone for the Haida Nation, Canada and B.C.," said Carolyn Bennett, federal Minister of Crown-Indigenous Relations.

"Through the recognition and affirmation of Title and Rights, we are building a foundation of trust, respect and partnership."

"By shifting away from the denial politics of the past and moving to a place of truth through acknowledgment of inherent Haida Title, a strong foundation for negotiations is established," he said.

"Together we have set the k'yuu 'pathway' to realize peaceful co-existence between the people of Haida Gwaii and between governments without compromise to the objectives of the Haida Nation."

B.C. Minister of Indigenous Relations and Reconciliation Murray Rankin said the agreement is a "starting point and guide" for negotiating agreements that will lead to the implementation of Haida rights and title.

"We have always maintained that negotiation is the way forward to resolve questions of Title and Rights in British Columbia and with this agreement we are working collaboratively with the Haida Nation to create certainty and stability for everyone."