Heatwave expected to hit many Northwest B.C. regions this weekend. 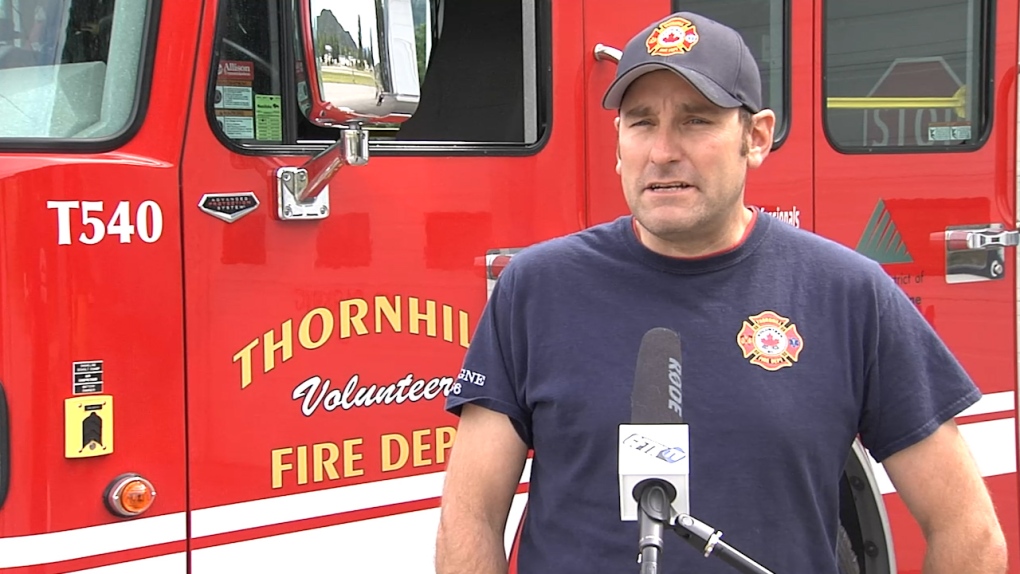 Thornhill Deputy Fire Chief Jonathan Lavigne says people should reach out and help one another if they notice others struggling with the heat. (Photo source: Steve Ross).

PRINCE RUPERT, B.C. -- An intense heat wave is coming to B.C. this weekend, and it’s expected to continue into the next week as well.

Evnironment Canada has issued heat warnings for most areas in the province, including three Northwestern regions – North Coast inland sections (which includes Terrace, Kitimat and Stewart), the Bulkley Valley and Lakes District, and Dease Lake.

“An exceptionally strong ridge of high pressure will develop over British Columbia beginning on Friday and lasting through much of next week,” reads Environment Canada’s heat warning for North Coast inland sections.

“This will result in record breaking temperatures. The duration of this heat wave is concerning as there is little relief at night with elevated overnight temperatures. This record-breaking heat event will increase the potential for heat-related illnesses and raise river levels due to glacier melt.”

Environment Canada also raised concerns about the risk for wildfires in the Bulkley Valley and Lakes District region.

The heat wave will begin on Friday, when temperatures will reach highs of 30 degrees Celsius in Terrace and Kitimat. In Smithers and Burns Lake, the temperature will hit highs of 31 degrees.

According to Environment Canada’s weather forecasts, temperatures will rise to 35 degrees in Terrace and Kitimat this Saturday, while Smithers and Burns Lake will see only slightly less heat at 34 degrees.

On Sunday, temperatures are supposed to hit 36 degrees in Terrace and Kitimat. That temperature high will continue until Wednesday, June 30th, when it will only lower slightly to 34 degrees.

Temperatures in Smithers and Burns Lake are also expected to reach highs of 36 degrees on Sunday, but they’ll climb to 37 on Tuesday, June 24th before sliding down to 34 degrees the next day.

Environment Canada notes that although extreme heat affects everyone, the risks are greater for young children, older adults, pregnant women, people with chronic illnesses and people working or exercising outdoors.

Environment Canada also recommends drinking plenty of water, checking in on older friends and family and never leaving people or pets in

The Northwest Fire Centre announced a ban on open fires yesterday as well. Campfires that are 0.5 metres in height and width or lower are exempt from the ban, but people are required to build a fire guard and have either a hand tool or eight litres of water nearby that can put the fire out if necessary.

“Now that we're into our summer season here with the drying effect coming on with the hotter temperatures, you’re going to want to take care of your fires,” says Jonathan Lavigne, deputy fire chief for the Thornhill Fire Department.

“You're not going to want to leave any fires unattended, and always have tools and or water nearby to extinguish fires when you're done with them.”

Lavigne also suggests keeping pets out of hot cars, not overloading electrical circuits, and staying away from physical exertion if you have respiratory issues.

“Remember to drink lots of water, stay out of direct sunlight, use sunscreen and take care of one another. If you notice that someone else is struggling, absolutely reach out and help out your friends.

Lavigne says anyone who feels any ill effects in the heat is advised to call 9-1-1 or HealthLinkBC at 8-1-1.