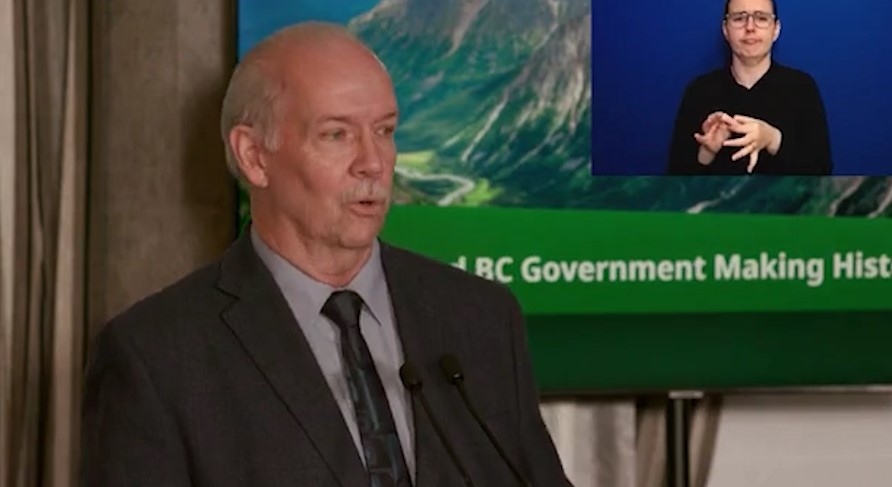 History was made when the provincial government and the Tahltan Central Government entered into a consent based decision making agreement under the Declaration Act on June 6.

The agreement, which is the first of its kind, honors Tahltan jurisdiction and land management decisions for projects that occur on Tarleton territory.

"I'm deeply honored that we are the first indigenous group in British Columbia to sdign an agreement like this. It's a huge accomplishment it's shared by all the 4000 Tahltan people out there," said Talhtan Central Government President Chad Norman Day.

The Tahltan now must give consent on any decisions related to the Eskay Creek Revitalization Project. A proposed $600 million job that would put the Eskay Creek Mineral Mine back in operation.

"I often tell people that whether the government is orange or red or blue or green, the Tahltan Nation is always going to be covered in a lot of gold, silver, copper and a lot of other minerals. So it's important that that we build these structures and that we do it properly," said Day.

Beyond the Eskay Creek project, the agreement is meant to serve as a template for future partnerships between the province and First Nations groups to provide authorization for decision making.

"It's a shift in the way we make decisions in our province with respect to First Nations and integrating their involvement in a fundamental way, something that has not been done before, recognizing the inherent rights of the Tahltan and providing a clear, stable and sustainable path forward for industry," said Minister of Indigenous Relations and Reconciliation Murray Rankin.