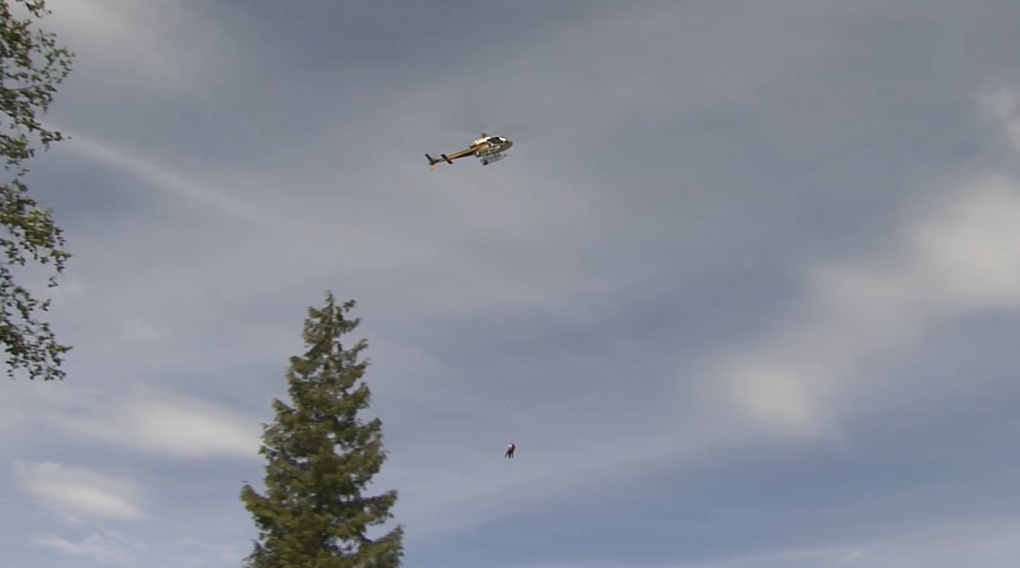 TERRACE, B.C. -- A mountain-biker is in hospital after taking a bad spill on Terrace Mountain Thursday afternoon.

Terrace Search and Rescue spokesperson Dave Jephson says his team was contacted by the Terrace Fire Department shortly before 2pm yesterday, after the person got in trouble along the back end of one of the trails.

"Access to the area was going to be difficult -- Search and Rescue initiated their HETS (Human External Transport System) program, which is a long-line rescue line under the helicopter -- everybody with support from the Terrace Fire Department, the Thornhill Fire Department, BC Ambulance, we were able to get to the scene using our helicopter company, Yellowhead," he explained.

Jephson says with help from a ground crew, they were able to get the injured person onto a spinal board and air-lifted out of the area.

He says luckily the person was carrying a cellphone.

"The party involved was able to text out to Emergency Services right away and there was no time missing -- they contacted and asked for help, they called BC Ambulance, they got hold of Search-and-Rescue and it just shows everybody working together and all the agencies coming together."

That person is still in hospital with several injuries -- no name has been released.