“It's our stories, our history:” new film Adaawk places Highway of Tears families front and centre. 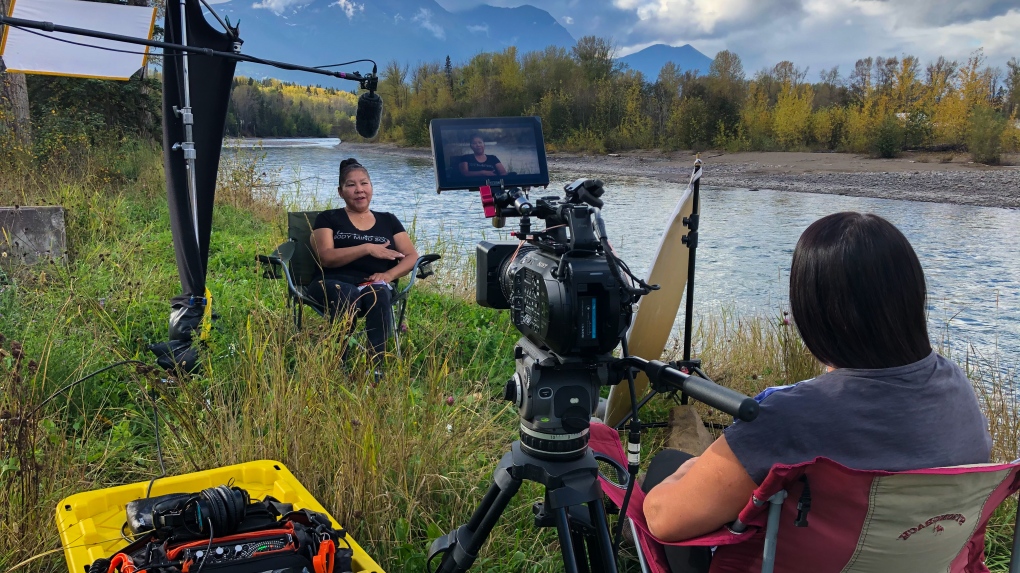 Brenda Wilson, sister of Ramona Wilson, being interviewed for a scene in Adaawk. (Michael Bourquin).

PRINCE RUPERT, B.C. -- Plenty has been said about the Highway of Tears. Books, documentaries, podcasts and investigations have all taken a look at the long stretch of road where dozens of Indigenous women have disappeared or been murdered.

But a new film on the highway does things differently.

Adaawk, which translates into “oral history,” was put together by the family members of those who lost loved ones along the highway. It focuses on both the families and the women who disappeared.

“So often we get labelled, or you're a part of a statistic, and this just really humanizes the women – and the boys and the men – and helps people to understand who they were as a person,” said Lorna Brown, the director of Adaawk.

Brown’s niece Tamara Chipman went missing along the highway in 2006. Producer Wanda Good lost her cousins Alberta Williams in 1989 and Lana Derrick in 1995.

“It's our stories, our history. It's just something that only we can tell because that's the life that we live. And it's our culture and our loved ones that we're speaking about.”

Brenda Wilson’s sister Ramona went missing along the highway in 1994, and her body was found by the Smithers airport a year later. She and her mother Matilda are one of sixteen families featured in the film.

“I think that's what makes the difference between this film and others, is that it's the true heart, the true stories of the families,” she said. “And they're very real. They're not made up – they're right from the heart.”

Adaawk also focuses on the raising of the Highway of Tears grandmothers pole outside Kitsumkalum last year and what the pole means to the families.

Wilson says she visited the pole after she watched the film.

“I went there and I drummed and I cried and just felt the presence of so many of the loved ones that were missing and the ones that have been murdered,” she said. “For us as family members, it’s a place to go and honour and remember.”

Adaawk premiered at the online ImagineNative film festival yesterday and it runs until tomorrow.