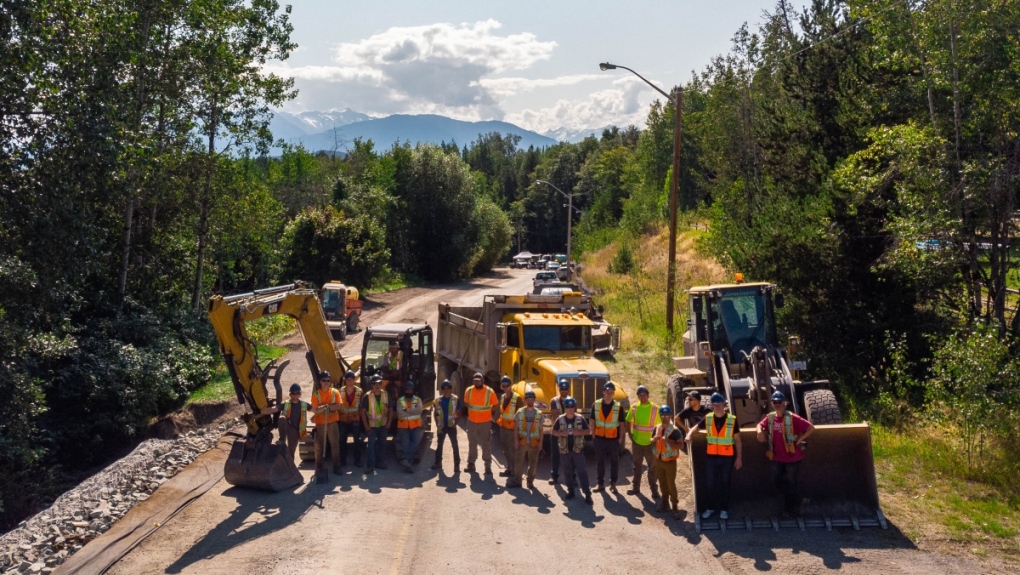 Motorists, cyclists and pedestrians can all use the route between the city's Horseshoe and Bench areas again.

During the hill's three-week closure, the city says its crews rebuilt the most eroded sections of the shoulder with wire cages filled with rocks to provide a safer wider walking path.

Less damaged areas were replaced with compacted rockfill and the whole shoulder was covered in new gravel.

A news release says a pinch point near the top of the hill was also been widened to make it easier for large vehicles to pass one another.

The city notes these repairs are temporary while plans are developed for longer-term solutions to erosion of the narrow road, which is one of just three roads up to Terrace's Bench neighbourhoods.