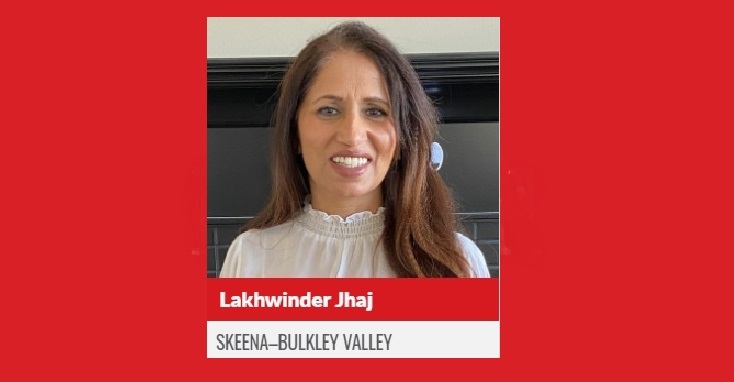 TERRACE, B.C. -- With the federal election campaign nearing the half-way point, the Liberals have a candidate for Skeena-Bulkley Valley -- but it doesn't appear she actually lives in the riding.

The party website shows Lakhwinder Jhaj as the candidate for the riding, although it doesn't provide any biographical detail on her.

Jhaj has lived in the Fraser Valley for many years, and has run provincially for the New Democrats before trying unsuccessfully for the BC Liberal nomination in Abbotsford in last year's provincial election.