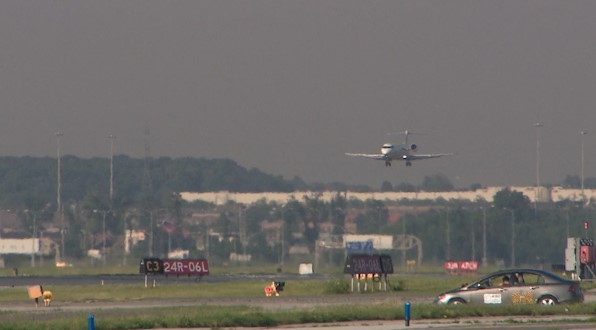 Now that Canadians, both vaccinated and unvaccinated, can fly freely,tourism and travel across the country is expected to see a significant increase.  This includes Northwest B.C., where travel has already been increasing over the past few months.

"8 million more Canadians can now fly, so hopefully I think you're going to see quite a bit more travel and certainly hopefully to the northwest as well. But we certainly in our office have seen a huge uptick in travel over the last few months," said George Clark, Owner of Elan Travel.

Because the region is so popular for fishing and other outdoor sports, you can expect to see a lot more individuals travel to the area.  Though, for touring and guiding companies, Clark says that the mandate lift could take a little longer to have an impact.

"That kind of business may take a little longer to redevelop because those have to be booked in advance. Also, iternational travel may be a little bit slower than North American travel to pick up. So I think you'll see a lot more individuals coming to the Northwestl. But I think that the organized tour bus business that may take until next year to fully recover," he said.

As for outgoing travelers from the Northwest who are worried about congested airports, that too could be an issue that takes some time to be resolved.

"We've seen the huge delays, particularly Toronto Airport, but to a lesser extent, Vancouver Airport. This mandate lift, the government hopes, is a way of easing that pressure. Whether it will or not remains to be seen, because now there's going to be a lot more people traveling. So although the government has removed one level of bureaucracy by not requiring testing and proof of vaccination, and they've opened the door for a lot more people to travel," said Clark