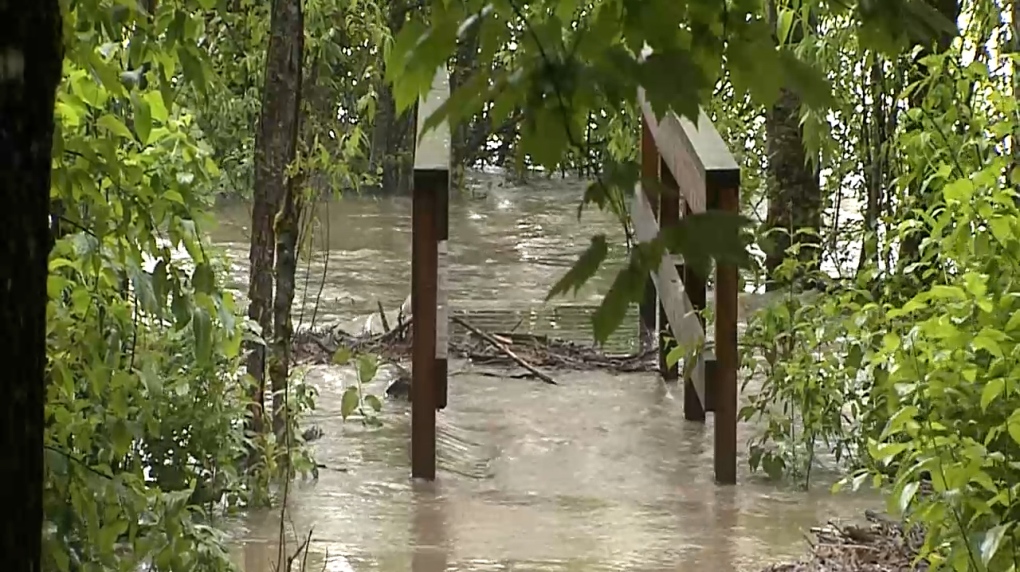 TERRACE -- The City of Terrace has activated its Emergency Operations Centre due to the current flood risk caused by rising Skeena River levels.

The Ministry of Forests, Lands, Natural Resource Operations and Rural Development has declared a flood watch for the Skeena River due to recent heavy rain on a melting snowpack. A "flood watch" means that river levels are rising and will approach or may exceed the bank, so flooding of areas adjacent to affected rivers may occur.

Yesterday, Ferry Island was closed to both day users and overnight camping, and Fisherman's Park was also closed. In addition, city staff will be physically monitoring the areas of town that are prone to flooding.

It is important to note that opening the EOC does not mean a declaration of a local state of emergency; however, it does prepare the City if one is required.

The Regional District of Kitimat-Stikine has officially announced a state of local emergency. This is because the flooding poses an existing or imminent threat to people and property within the area known as Electoral Area C. This flood emergency requires prompt coordination of action to protect people's health, safety, or welfare from limiting property damage.

In a news release, the District has ordered that the Regional District of Kitimat-Stikine, its employees, servants, and agents, are empowered to implement all procedures necessary to prevent or alleviate the effects of the emergency.

Those individuals who may have to evacuate will need to report to the Thornhill Community Centre at 3091 Century Street in Thornhill for registration and assistance. This order remains in force for seven days until June 10th, at midnight, unless cancelled by the Regional District or the Minister responsible.