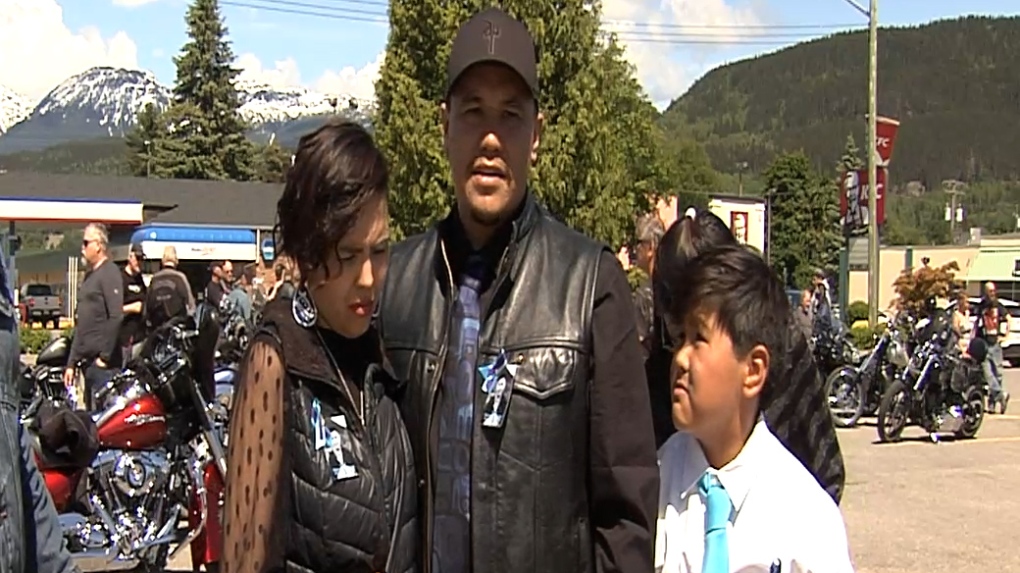 TERRACE -- A memorial bike rally took place in Terrace yesterday afternoon to remember and honour Diversity Morgan, a local 15-year-old who recently took his own life after being bullied for being transgender.

Diversity's father, Mike Wilson, says his son started to transition from female to male at the age of 12 and says he has been through so much growing up. Diversity first went missing on June 1st and was found the next day.

"Diversity loved riding. I was going to teach him how to ride. Unfortunately, this happened; he never got a chance; he was only 15 years old."

"Mike Wilson called me last night and spoke, and his son Diversity passed away the other day, and he asked me if we could show up today for a memorial run and go through town with him and show some support from the community. So last night, I put this together about 9:30 - 10:00, and as you can see, we are going to have as many bikes as a toy run or a poker run today."

June is pride month which represents and acknowledges the history and challenges of the LGBTQ plus community. It also shines a light on the progress made by the community so far.

If you're thinking about suicide or worried about a loved one, the Canadian Suicide Prevention Service is available 24/7.