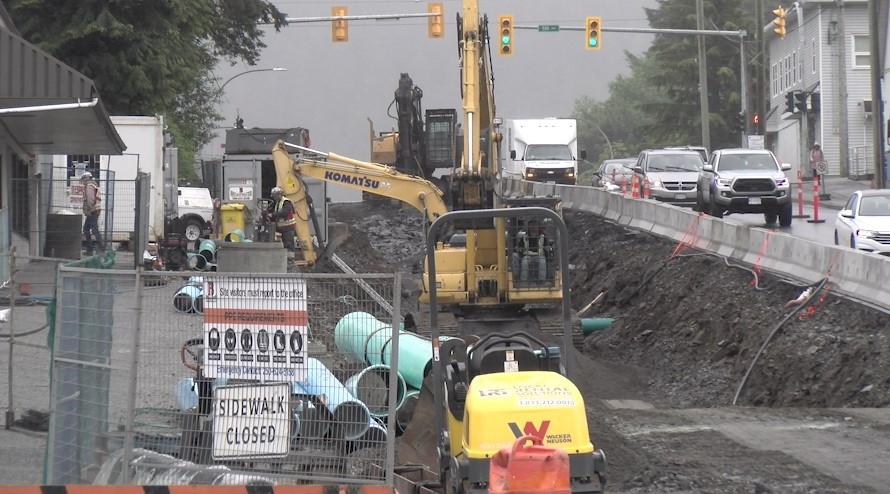 The city of Prince Rupert  is currently replacing an entire section of pipe on McBride Street between 5th and 3rd avenue, after it was determined that the watermain break that occured on June 6 would require the extra work.

The reason the city choose to expand the project is because it was deemed necessary and more cost effective to undergo a full replacement, due to the scale of the damage as well as the age and condition of that section of pipe.

The construction is causing one lane traffic on mcbride, with no left turning lane available onto third avenue.

This has sparked quite a discussion within the community about water cleanliness, which is an ongoing issue in prince rupert

According to Prince Rupert Director of Operations Richard Pucci, the city believes clean water is paramount.

"That is why we chlorinate to meet Northern Health disinfection requirements and water is tested against those standards at multiple points throughout our water system. The eventual instalment of a new water treatment facility, which the city is currently working on, will address the colour of the city's water by removing suspended solids, and will implement multiple barriers of treatment that will improve overall quality," he said.

Construction of the new watermain on mcbride is expected to last for at least 6 weeks.