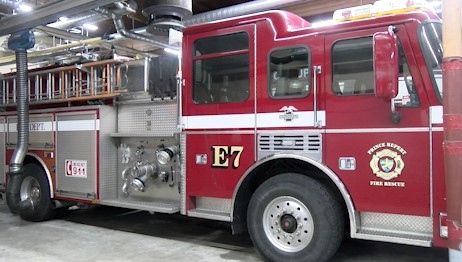 Prince Rupert city council is looking to make some significant changes to help relieve some of the pressure that the fire and rescue department has been forced to take on due to a lack of ambulance staff in town.

The BC ambulance staffing issues have caused firefighters to attend medical calls at a staggering rate, so much so that the city announced that they'll be limiting the fire department's support to B.C. ambulance to purple (or critical) calls only moving forward.

To give an example, Acccording to the city, one day in July, the fire department attended four medical patients at three different locations simultaneously. This this caused overtime to backfill staff at the fire hall.

Prince Rupert Fire Chief Jeff Beckwith did weigh in on the issue in a press release from the city.

"Unfortunately, the shortage in ambulance care in Prince Rupert has really come to a head.  Fire department staff are currently attending medical calls more often than fire calls and even driving the ambulance on a weekly basis due to a lack of ambulance staffing. This takes staff away from their primary duties of fire protection," said Beckwith.

According to the city's press release, they are working closely with local MLA Jennifer Rice's office to find a solution to the problem.