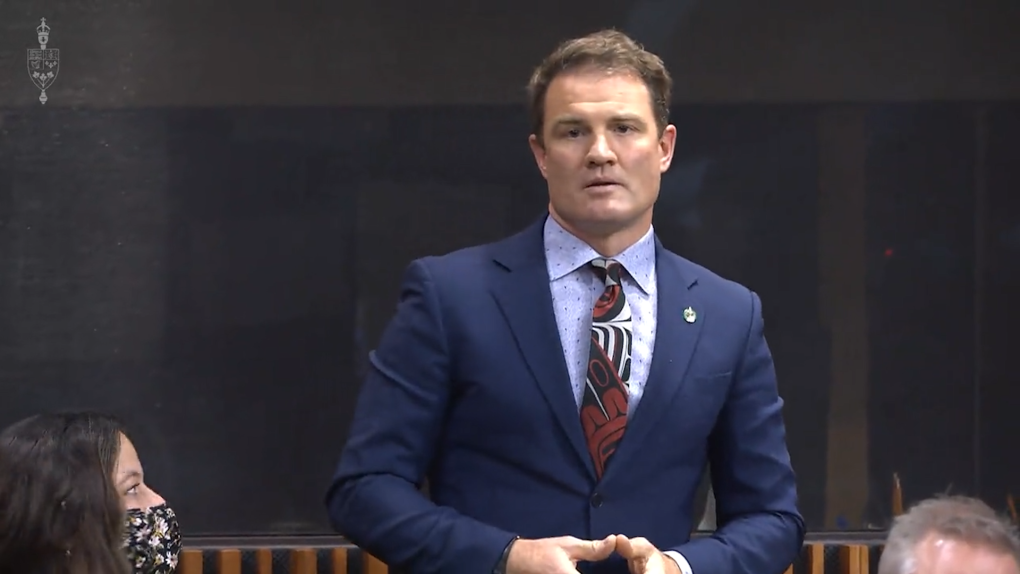 "The world watched as unarmed Indigenous women were arrested at gunpoint. And I've heard from dozens of indigenous leaders who are horrified by what happened.

"To the minister responsible for the RCMP: do the events of November 19th reflect his view of how Canada should engage with Indigenous people on their lands? And if not, what is he going to do to review RCMP conduct?"

Bachrach's questions come after more footage of the arrests was released earlier this week, showing RCMP officers holding pipeline opponents at gunpoint as they break down the door of a cabin to arrest them.

The footage shows police using an axe and a chainsaw to breakdown the door. Barking police dogs can also be heard.

In response to Bachrach, Mendicino says the government has previously expressed concerns about the way that the operation was conducted and that they are going to continue to monitor the case closely.

"Of course, as members will know in this chamber, elected representatives do not direct operations, nor is it for elected representatives to adjudicate on the merits of an individual case -- that is a job for the courts. But our job will be to ensure that there is alignment between the values and the principles that underscore the responsibilities of the RCMP and those operations, and we will do that job."

In a written statement, RCMP Media Relations Officer Cpl. Madonna Saunderson said police do not have the option to refuse to enforce injunctions and court orders. An injunction was previously issued preventing demonstrators from blocking construction of the pipeline in the area where the blockades took place.

"As you can imagine, it is difficult to predict what types of skills sets/equipment we would require to attend to those calls. It is more practicable to deploy resources and specialized units and then scale back if those resources are no longer required," she said.

"This is currently the situation as there have been no additional arrests related to the injunction since Friday."

She says the RCMP's Access Control Point on the Morice Forest Service Road was removed on Saturday and that police have returned to their original maintained presence and roving patrols in the area.

A total of 29 people were arrested last week. All have since been released from police custody.