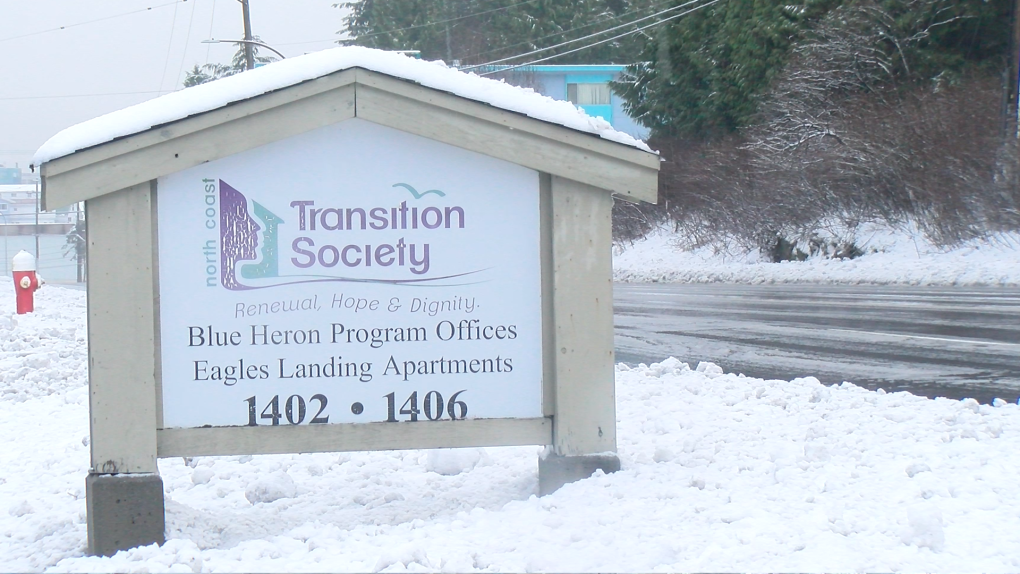 The sign outside the North Coast Transition Society's office on Park Avenue in Prince Rupert.

PRINCE RUPERT, B.C. -- It's never a good time to be in need, but it's especially tough over the holidays.

The North Coast Transition Society (NCTS) houses about 120 people between their homeless shelter, transition house, and their supportive housing and seniors housing facilities.

This holiday season, they're hoping Rupertites will let their generous sides shine through.

“Our goal is to be able to provide every single woman, man and child living with us with a Christmas stocking filled with all kinds of essentials like toiletries, socks, underwear, and also some treats,” said NCTS Program Manager Grainne Barthe.

All donations are accepted, but the Transition Society say the easiest thing to do is to give a cash donation so staff can buy what people need.

“For example, if a child wants a specific toy, we'd really like to be able to provide that for them. Or if somebody needs a specific clothing item, we can get that in a specific size,” said NCTS Executive Director Christina White.

According to Barthe and White, everyone is feeling the pressure of unaffordability right now – even those who live middle-cass lifestyles.

Meanwhile, a local community group is assisting the Transition Society with their need for donations this year.

Positive Prince Rupert - Civic Pride is putting together their annual Helping the Homeless packages, which will go to the Transition Society.

She says this year's drive got off to a slow start, but things picked up after she posted on social media raising concerns about the lack of donations.

“We're always grateful for the community's support. It's because of their help and their donations and their coming forward that we're able to even do these projects, to give back. So we're really grateful that the community comes together, especially at Christmas. It's really nice," she said.

Donations to the Transition Society can be brought directly to their office at 1402 Park Ave.

“I think the only thing that we wish people could see is the looks on people's faces when they actually get these gifts, and the appreciation they have,” said White.

“Unfortunately, with confidentiality and that kind of thing, you don't get to see that. So I think it's up to us to try and say that thank you for everyone. While it's not the same as actually seeing giving the gift, I just can't say how much that gift is appreciated.”