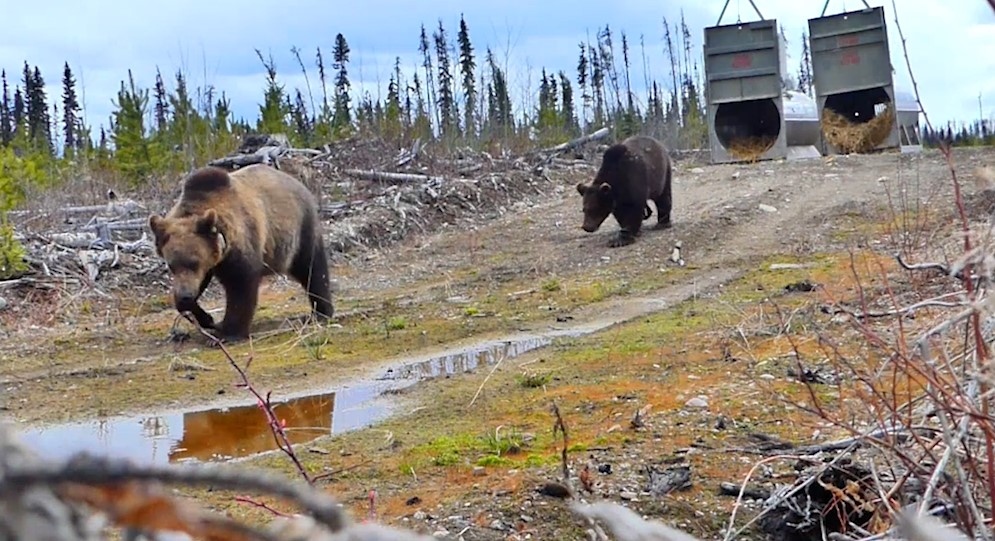 The Northern Lights Wildlife Shelter (NLWS), located in Smithers, will be releasing a record number of rehabilitated black bear cubs into the wild this spring. Though the high numbers won't come without their set of challenges.

"This year, we're releasing 71 black bears that came to our facility last year. We keep them for one year and then release them in June of the following year when they would naturally leave their mother. So we're trying to stay within the natural cycles. Having received such a large number, it's almost double what we have in previous years and it's brought both a concern and a reason to celebrate," said Angelika Langen, Co-Founder of NLWS.

Among the areas of concern is the cost of operations. The volume of bears requiring transportation back to the wild, combined with the skyrocketing price of gas, has left the NLWS, a non-profit organization, in a position where they need outside funding.

"We will be traveling about 3000 kilometers in the next few weeks, which is, you know, more than the distance from the north to the South Pole.  Because we have more animals than before and the gas prices have risen so much, we're facing a lot more costs that we anticipated," said Langen.

The organization has managed to raise over $18,000 through their annual fundraising event. Though more help is needed in order for them to reach their goal of $30,000.

According to Langen, anyone who wants to donate to the cause can do so by visiting www.wildlifeshelter.com.

"Were just very grateful that we are able to help this many animals, which would be absolutely impossible without the volunteers and the donors that are having our back and and making this all possible. So we're really grateful for this big family that we have that looks out for B.C. wildlife," she said.