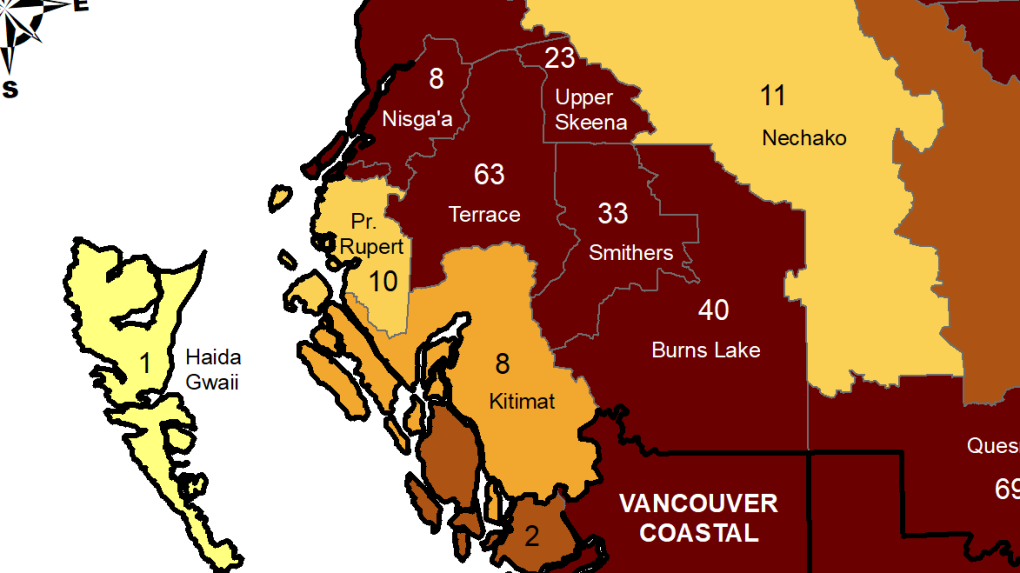 PRINCE RUPERT, B.C. -- New COVID numbers from the B.C. Centre for Disease Control show that the spread of the virus continues to remain high throughout the Northwest.

Terrace once again recorded the highest number of new cases in the region. From November 7th to 13th, the city's Local Health Area saw 63 new cases.

It's a high number, but also a decline from the previous week when 81 new cases were recorded.

Other hard-hit areas include Burns Lake with 40 new cases, Smithers with 33 and the Upper Skeena with 23.

Vaccination rates for residents ages 12 and up, as of November 16th: