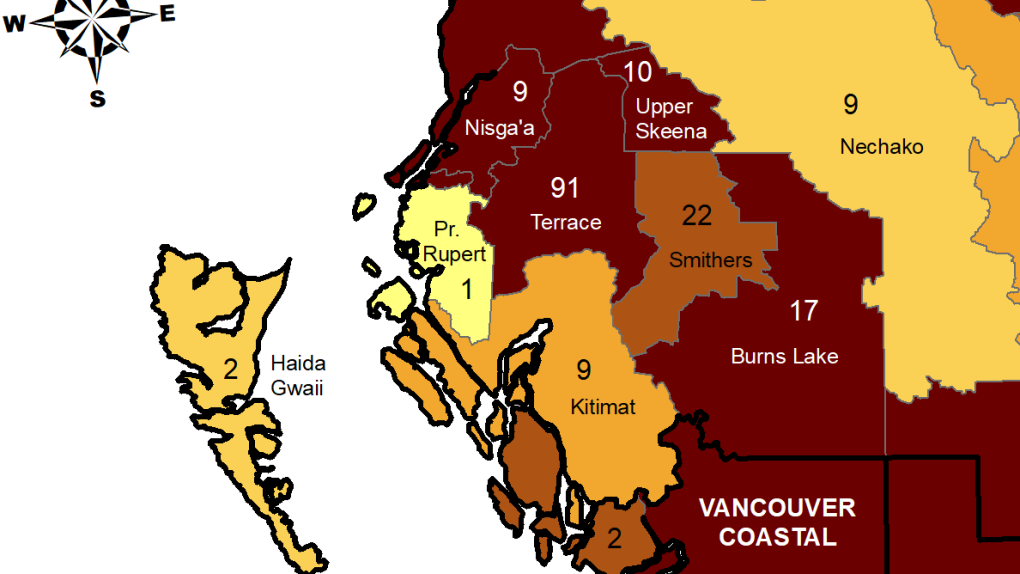 It's the highest amount of new weekly cases ever recorded in Terrace, since the BCCDC began releasing regional COVID-19 data a year ago.

Other areas facing high rates of the virus include Burns Lake with 17 new cases; Upper Skeena with 10; Nisga'a with nine; and the far northwest with three.

Some areas with lower infection rates include Smithers with 22 new cases last week; Kitimat and Nechako with nine each; Haida Gwaii with two; and Prince Rupert with just one new case.

New cases in Northwest BC:

First and second-dose vaccination rates in Northwest BC: