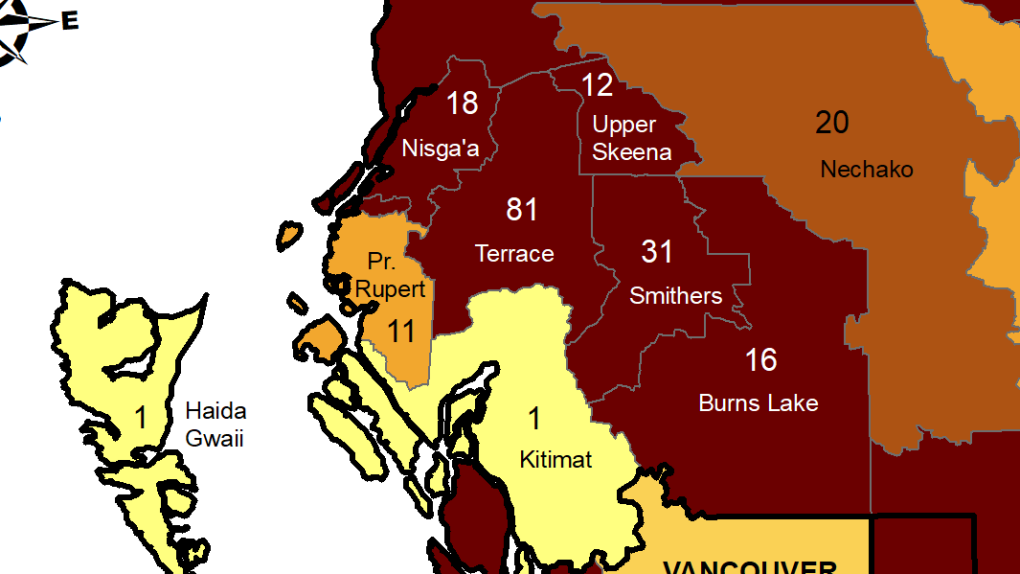 PRINCE RUPERT, B.C. -- The latest update on COVID-19 numbers in Northwest B.C. shows some shifting patterns in where cases are declining and where they're growing.

Other areas that saw increases include the Snow Country - Stitike - Telegraph Creek aggregate, which had 8 cases last week; Nechako, with 20 new cases; and Nisga'a, with 18 new cases.

Most other regions saw declines from the previous week.

Prince Rupert saw 11 new cases last week, down from 21 new cases in the week before.

Haida Gwaii only saw one new case for the second week in a row.