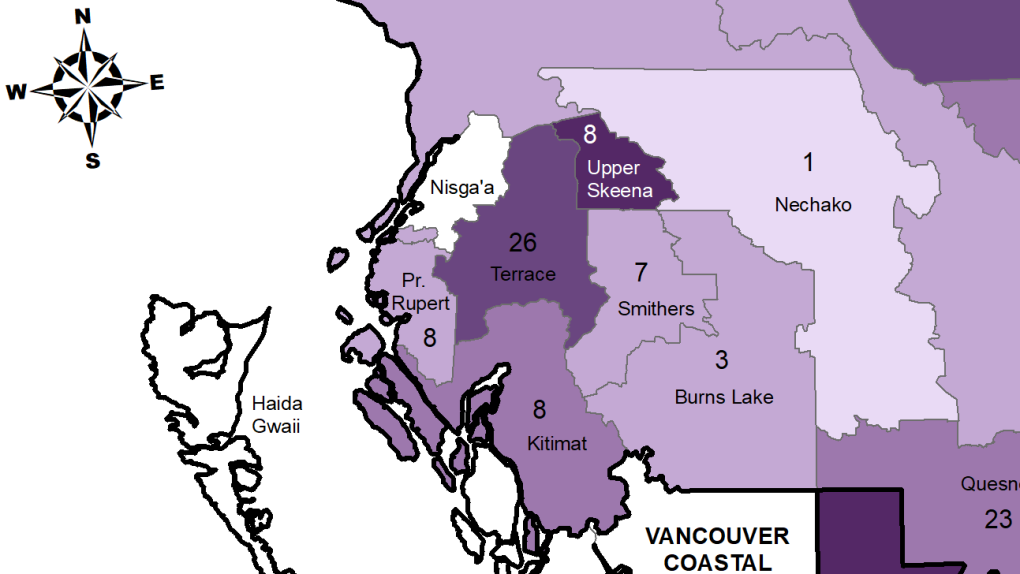 PRINCE RUPERT, B.C. -- Although concerns are high in B.C. right now about the spread of the Omicron variant, cases of COVID-19 in the northwest just reached some of their lowest levels in months.

Meanwhile, Upper Skeena had the highest per capita infection rate in the region with eight new cases.

Prince Rupert and Kitimat also had eight new cases each, while Smithers reported seven and Burns Lake saw three. Nechako and the far northwest had one new case each.

There were no new cases in Nisga’a or on Haida Gwaii.

Vaccination rates in northwest B.C., as of Dec. 14th: