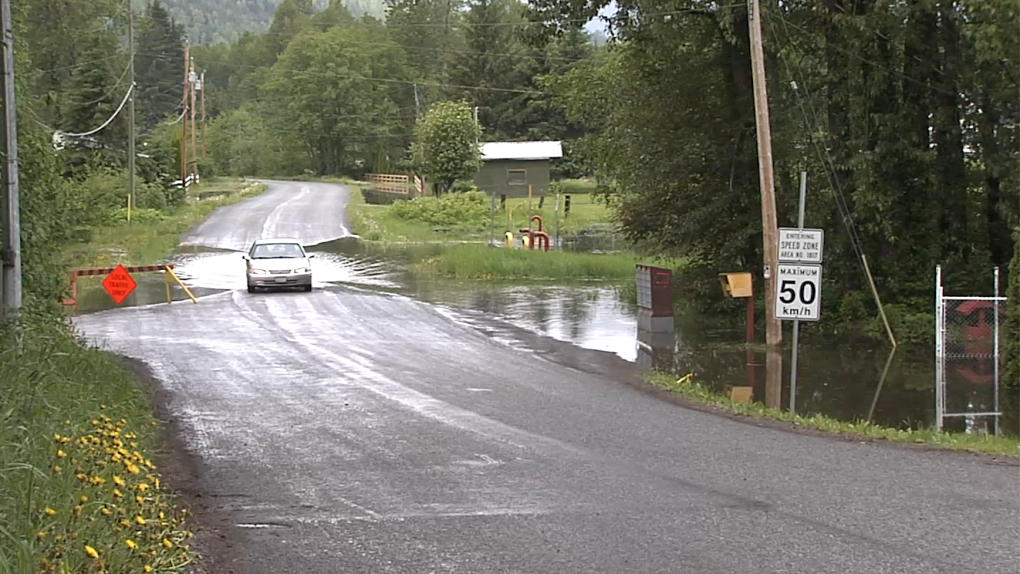 A street in New Remo, a community west of Terrace where a man was found dead in a flooded basement yesterday evening.

PRINCE RUPERT, B.C. -- The Northwest is continuing to grapple with flooding throughout the region. Last night, tragedy struck when a man was found dead in a flooded basement in New Remo yesterday afternoon.

An RCMP press release says officers were called to a residence on Kilby Road to check on a man who failed to return home the previous evening. When officers arrived, they discovered the 73-year-old man in several feet of water.

Both the RCMP and the BC Coroners' Service are investigating, and police believe that criminality was not involved in the man’s death. The man’s name will not be provided and the RCMP.

The Regional District of Kitimat-Stikine issued an evacuation order for both New Remo and Old Remo yesterday evening due to flooding associated with rising water levels in the Skeena River.

The regional district says recent rainfall and melting snow packs have resulted in large fluctuations in river heights throughout the region, but water levels in the Kalum and Skeena Rivers are currently stable and starting to drop.

They added that water levels are dependent on the amount of rain and snow pack melt that will take place over the weekend.

In the Nass Valley, a 44-kilometre stretch of the Nisga’a highway between Laxgalts’ap and Gitlaxt’aamiks was closed by the Ministry of Transportation yesterday evening. In an update this afternoon, the Nisga’a Lisims Government wrote on their website that the waters rose more overnight, but they appear to be cresting.

Further east, the water plant in Witset had to shut down on Wednesday as a result of dirty water caused by the heavy rain, according to the band council's news page on Facebook. Residents were advised to conserve water, and portable toilets were set up throughout the community. Schools from the Kyah Wiget Education Society were also closed and water was distributed to elders and single parents.