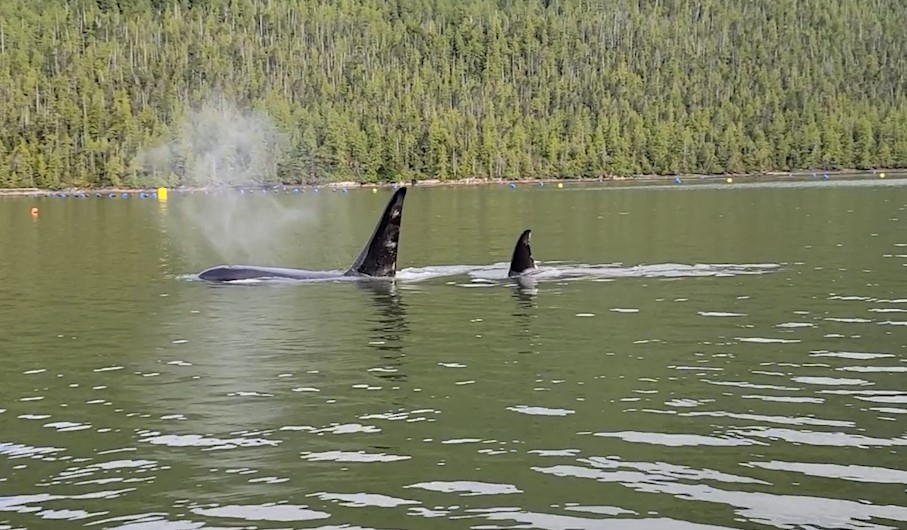 Videos of orcas were captured just days ago right in the Prince Rupert Harbor. It's been a pleasant surprise for tourists to witness these animals, but in actuality, orcas popping up around Prince Rupert in the springtime is a regular occurance, according to Ocean Wise North Coast Research Specialist Karina Dracott.

"This time of year it's actually a local knowledge thing that the orcas come to the Prince Rupert harbor. These particular orcas that have been spotted are northern residents known as the A-42s. It's a family led by a Signora who's the mom who's about 42 years old. They've been recorded since back in 2014 and we've seen them every spring consistently in the harbor," she said.

For those wondering why the animals would come so close to a heavily populated area like Prince Rupert, Dracott explained that the reasoning is for food supply.

"Just like us, food is a huge motivator, so this time of year they're on the hunt for food and their specialized diet is fish and in particular salmon. So they're looking for those big Chinook, then they get the best bang for their buck in terms of energy," she told CFTK-TV News.

Dracott urged the importance of boaters in the area brushing up on all the regulations surrounding keeping a safe distance from the animals. But if you see them on land, there's also things you can do to help with conservation.

"What we really try to encourage people to do is to report their sightings and you can do that with the whale reporting app, and that's available for free on iOS and Android. That information is really helpful. It contributes to this huge citizen science project of decades of sightings data," said Dracott.

"We have over 7000 sightings from last year, and that's a continuous data set that helps with conservation and science so if you can download the app and report your sightings, you're directly helping these whales."