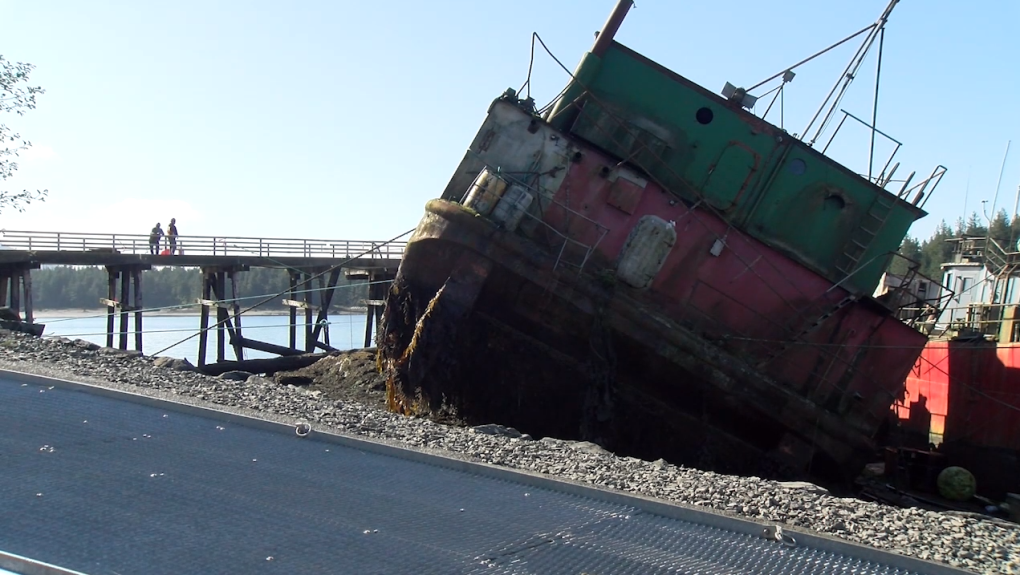 PRINCE RUPERT, B.C. -- The Prince Rupert Port Authority says a couple of derelict boats, which broke free of their moorage in Port Edward and damaged the Porpoise Harbour Boat Launch last week, have been stabilized -- reducing the potential of significant environmental impacts.

In a news release, the port authority says the Canadian Coast Guard moved the barge "Scotch Cap" up higher onto the shore to protect it from higher tide cycles and improve the ability to secure it to shore.

The Port Authority has managed to move the vessel "Fairwind" to a new anchor offshore, where it's in a stable floating condition and will not impact navigational routes in Porpoise Harbour.

The port authority says discussion is ongoing with Transport Canada and the Coast Guard to determine a permanent solution to the disposal of the vessels.

But spokesman Ken Veldman says the PRPA has been frustrated by the lack of accountability from the previous tenant of the port's waterlot where the two vessels had been -- and by what he called the lack of support from previous federal programs, including Canadian Coast Guard’s Vessels of Concern Program, Transport Canada’s Abandoned Boats Program,Transport Canada’s Hazard to Navigation Program, and Fisheries and Oceans Canada’s Oil Source Pollution Fund.

The port says it and the District of Port Edward had spent years trying unsuccessfully to have the two vessels removed and decommissioned.

The news release goes on to say that prior to this incident, PRPA and CCG have conducted several marine and environmental assessments of the vessels. CCG had conducted preventative repairs to the vessels, removed hydrocarbons from the vessels, and installed monitoring equipment on board the vessels.

PRPA has conducted preventative maintenance on the dock (including the reanchoring of the dock in 2020), and ongoing monitoring.