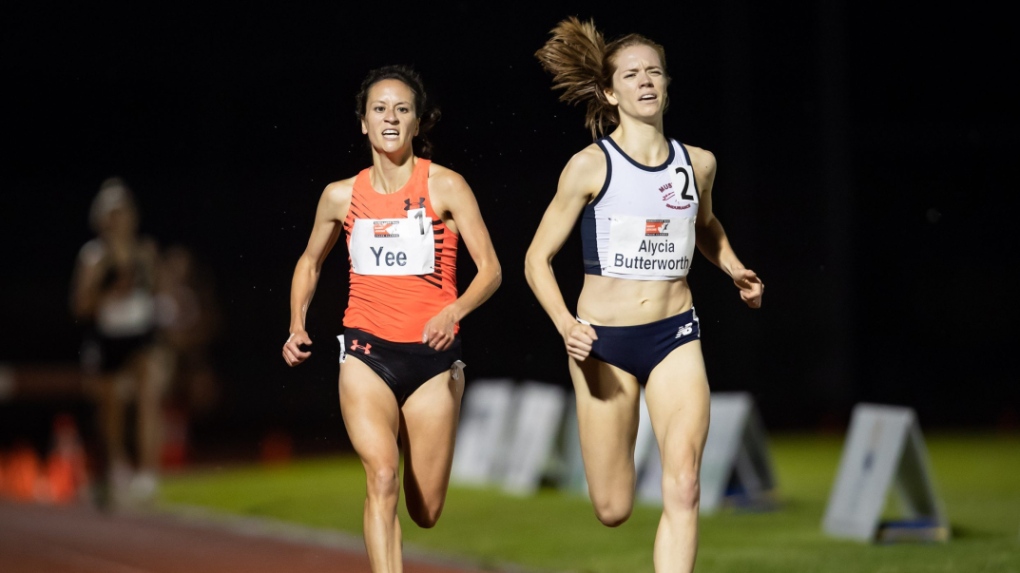 PRINCE RUPERT, B.C. -- Northwest B.C. might have a small population, but the region had some strong representation at this year’s Olympic Games in Toyko.

Alycia Butterworth is a steeplechase athlete who was born in Prince Rupert and raised in the city until she was 13 years old, when she moved to Vancouver Island.

She recently competed at the Olympics, but her love of running began in Prince Rupert, where she participated in events such as the Terry Fox run at Conrad Elementary School.

“Living in Prince Rupert, I had a ton of opportunities to just do a ton of different activities,” she said. “It helped instill a love of sports into me and helped me continue to be active as I moved forward.”

Butterworth ran in the 3000m women’s steeplechase event in Tokyo, but she says things didn’t go as planned.

“I fell halfway through the race over one of the barriers, got stepped on and then got back up,” she said.

“I ended up still running OK – it was just three seconds off my best time ever, so it wasn't slow by any means, but it wasn't exactly what I wanted. I was hoping for a really big day – a really fast time, a really big jump in my personal best, but unfortunately after that fall it took a little steam out of me. I placed higher than I came in ranked, so I still improved on my placing, but I feel like I left a little on the table, having fallen and not being able to recover quite as well as I wanted to.”

Butterworth placed 10th in her heat and was unable to qualify for the finals.

Despite this setback, Butterworth says she’s back into her training routine. She plans to do some more races before the end of her season.

Hazelton athlete Regan Yee also participated in the 3000m women’s steeplechase. She placed 8th in her heat and was also unable to qualify.

Yee was unavailable for an interview, but she wrote in a Facebook post that although the Olympic Games might be over, her gratitude for her home community continues to grow.

“One of the highlights of this Olympic build for me has been the support that I have received from my hometown of Hazelton, British Columbia,” she said.

“Not only is it indisputably the most beautiful place in the world, but it has the most incredible people. From Gitanyow to the Suskwa Valley and everywhere in-between, I want to say a huge thank you to every single person who has supported me, whether it be through coaching, financial support or cheering me on.”

A third Canadian athlete, Genevieve Lalonde, also competed in the 3000m steeplechase event. She placed 4th in her heat, just barely missing qualification for the finals.