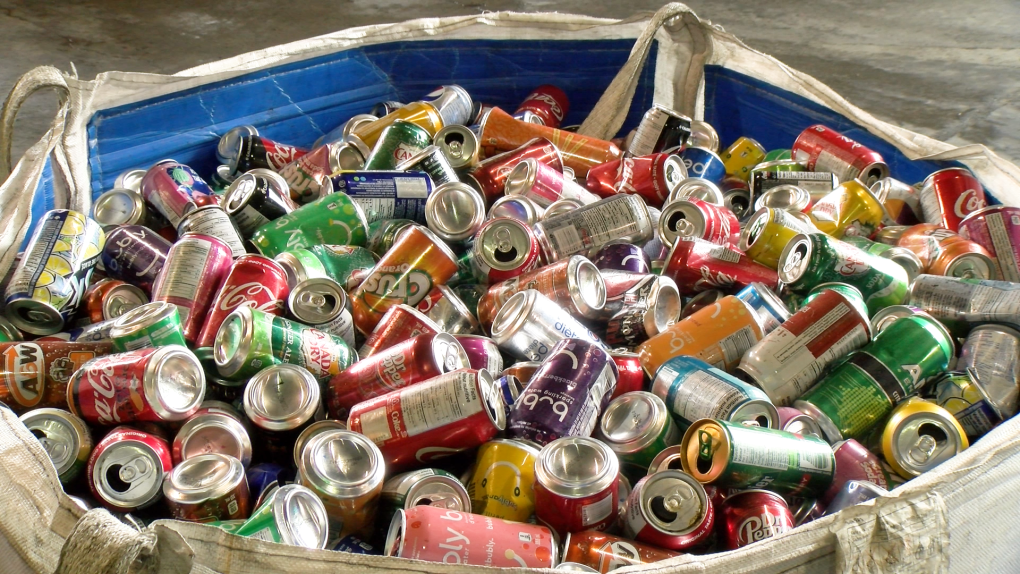 A pile of cans at the North Coast Regional District's recycling depot in Prince Rupert.

PRINCE RUPERT, B.C. -- The City of Prince Rupert has announced they’ve put together a curbside recycling program with the North Coast Regional District (NCRD) that will begin in the first week of September.

All residents who receive waste pickup from the city will be served by the program, and they’ll also be given upright garbage and recycling bins this July.

The program will accept various kinds of paper products, as well as containers made out of plastic, aluminum, paper, and steel. These products will then be brought to the NCRD’s recycling depot.

However, there are plenty of products the curbside program isn’t taking, such as glass, electronics, plastic bags and overwrap.

NCRD Superintendent of Waste Management Tim Deschamps says the depot usually gets about five metric tons of product per week. He’s expecting that number to increase once the curbside program begins.

“Our population is similar to that of the City of Terrace, and I know the City of Terrace does between seven to eight metric tons a week,” he said. “So our best guess at this point is that we would expect similar volumes based on population – but again, it's going to take a few months just to gauge how receptive this program is to the residents.”

Prince Rupert City Councillor Blair Mirau says Rupertites have plenty of reasons to get excited about the program.

“It reduces greenhouse gas emissions by diverting waste away from the landfill,” he said. “You're maximizing the reuse of materials. You're preventing environmental contamination in our environment. If you care about things like revitalization and development, this is going to free up much-needed airspace in our landfill so that we can start to demolish and renovate more buildings in town, which we obviously need.

“And then, I think the most important thing is if you care about saving money, diverting more waste from the landfill ultimately will save taxpayers' money in the future as we don't need to expand the landfill.”

However, the region’s recycling program is missing some features that other municipalities have. For instance, Deschamp said the regional district currently doesn’t have plans to create a composting program.

“It’s not something that is on our agenda at this point,” he said.

Likewise, the city’s recycling website say the curbside recycling program will not be collecting yard waste.