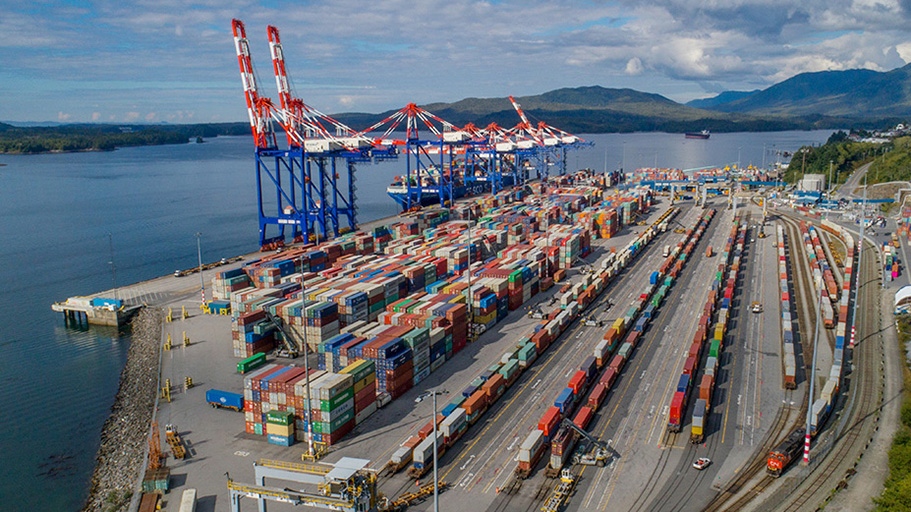 In a recent news release, the company provided a detailed update on the progress of these expansions.

Traffic has grown rapidly in Prince Rupert port over the past five years. In 2015, when DP World began operating the Fairview Container Terminal, the port was able to handle over 775,000 shipping containers per year.

Right now, the container terminal is going through a two-phase expansion. Earlier this week, the company announced the first phase of that expansion is 50 per cent complete and will be finished in July of this year.

The first phase of that expansion will increase terminal capacity to 1.6 million shipping containers per year -- a number that more than doubles its size from 2015 and makes it the second-largest container terminal in Canada.

The second phase of the expansion will grow the terminal's size to 1.8 million containers a year. That phase is expected to be completed in 2024.

Some ways the PRPA is growing the terminal include expanding the container yard from 32 to 41 hectares, relocating buildings to create more storage capacity, increasing on-dock rail capacity, moving and expanding the truck gate and adding more cranes.

The port authority also announced that the Fairview-Ridley Connector Corridor is set to be completed in the second quarter of this year, between April and June

That project is a road that will re-route container trucks from local loading and customs facilities directly to the Fairview Container Terminal. The port says will ease vehicle and rail congestion and reduce emissions.

All of this news comes after the devastating flooding events in the lower mainland last year, which snarled that region's supply chains.

The port authority says those events show the need for more capacity in Prince Rupert and that these expansion projects will ensure Prince Rupert can be a viable alternative in the event of future supply chain disruptions.