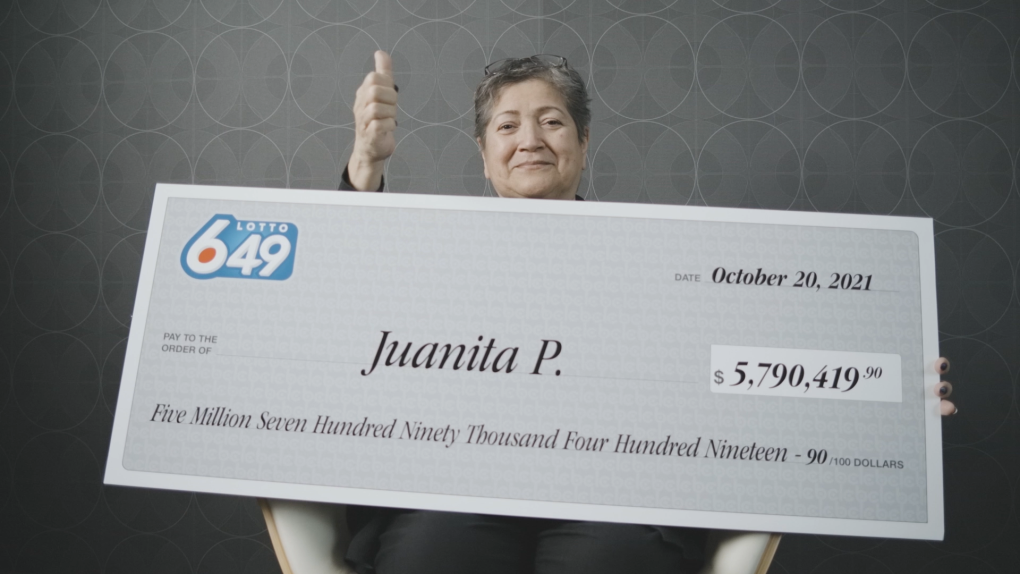 PRINCE RUPERT, B.C. -- News broke earlier this month that one of the winning tickets for Lotto 6/49’s multi-million dollar jackpot was purchased in Prince Rupert

And now, the woman who bought the ticket has come forward and collected her winnings.

This month, it finally paid off in the form of a 5.8 million dollar cheque.

“Patience is a virtue,” said Parnell at a press conference organized by the B.C. Lottery Corporation.

It was a ticket she almost didn’t buy: sales were almost closed for the draw and she had trouble finding parking.

“There was parking available at Eddy’s [News], so I ran in and got my ticket. And I'm sure glad I did.”

Her daughter later told her that someone in Prince Rupert had purchased the winning ticket.

After she learned the news, Parnell said she had one of the most sleepless nights of her life.

Parnell says she’s not too sure what she plans to do with the winnings yet, but she does have travel in mind.

“I would love to take my grandchildren on a trip to Disney World when I can travel.”

She also says she’d like to buy a house, share some of the money with her family and donate to a trap-neuter-release program for stray cats in Prince Rupert.

“I've always been a member of the community, so I'll have to sit back and think about what I'm going to do.”

The total jackpot prize was over 11 million dollars. Parnell will be splitting the prize with another winner in Ontario at 5.8 million dollars each.”