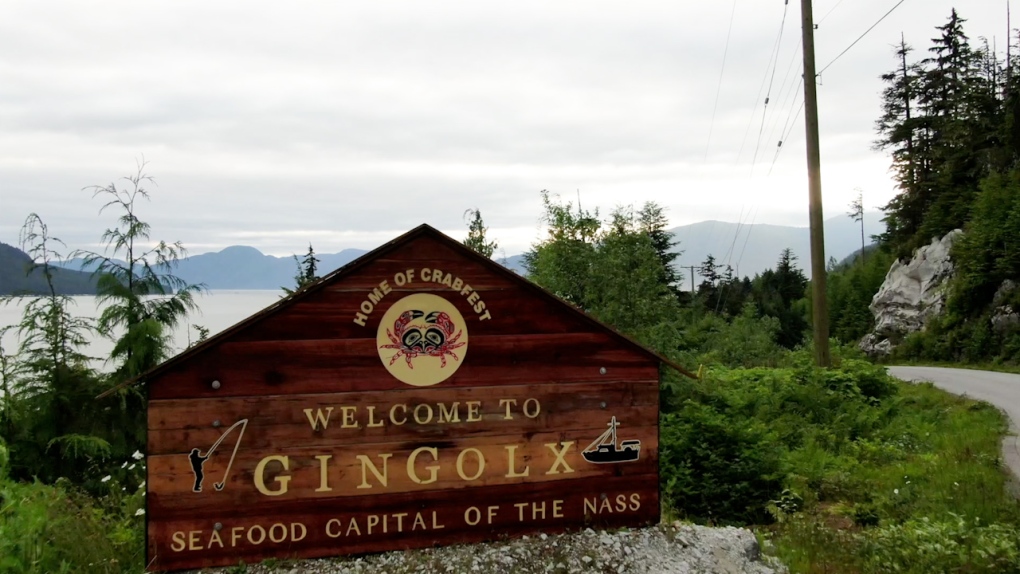 The proposed Ksi Lisims LNG Project would be located on the northern end of Pearce Island, 15 kilometres west of the Nisga'a village of Gingolx. (Photo source: Nisga'a Lisims Government).

Paul Anderson, external relations director for Ksi Lisims LNG, says the project would export 12 million tons of Liquified Natural Gas per year from a floating facility on the north end of Pearse Island. The site will be located 15 kilometres west of the Nisga'a village of Gingolx.

The project is a collaboration between three groups: the Nisga’a Lisims Government, a group of natural gas developers in B.C. and Alberta known as Rockies LNG and the Texas-based company Western LNG.

The project’s LNG will be sold to Asian markets, where Anderson says it could displace the use of coal and oil.

"Natural gas has about one quarter of the greenhouse gas emissions of coal or oil,” he said in the meeting.

“Our project would represent a reduction in global greenhouse gas emissions of about 15 million tonnes per year."

"We do need to substantially start construction of the pipeline by 2024,” said Anderson. “So we need to have FIDs – Financial Investment Decisions – made at the end of 2023."

Terrace council members questioned Anderson about the impacts Ksi Lisims LNG could have on the community.

Mayor Carol Leclerc said the LNG Canada project in Kitimat has created a labour shortage in Terrace, and major projects in the region – such as the Coastal Gaslink Pipeline, LNG Canada and Rio Tinto’s facilities in Kitimat – haven't brought as many benefits to Terrace as people often think.

"They're happening outside of our city boundaries and we get zero tax dollars, even though we are probably more socially impacted than our neighbors in Kitimat," she said.

Anderson said the project will treat Terrace as a community hub, and its effects on the city’s housing market will be lessened by the fact that project workers will be housed on-site.

“We'll need to work closely together on how to maximize benefits and reduce impacts,” he said.

At the meeting, which happened on June 29th, Anderson said the project's proponents planned to submit their provincial environmental assessment and their federal impact assessment on July 5th.

If everything gets approved, construction on Ksi Lisims LNG would finish in 2026 or 2027.