Replacement for Mills Memorial Hospital will be more than twice the size of current facility. 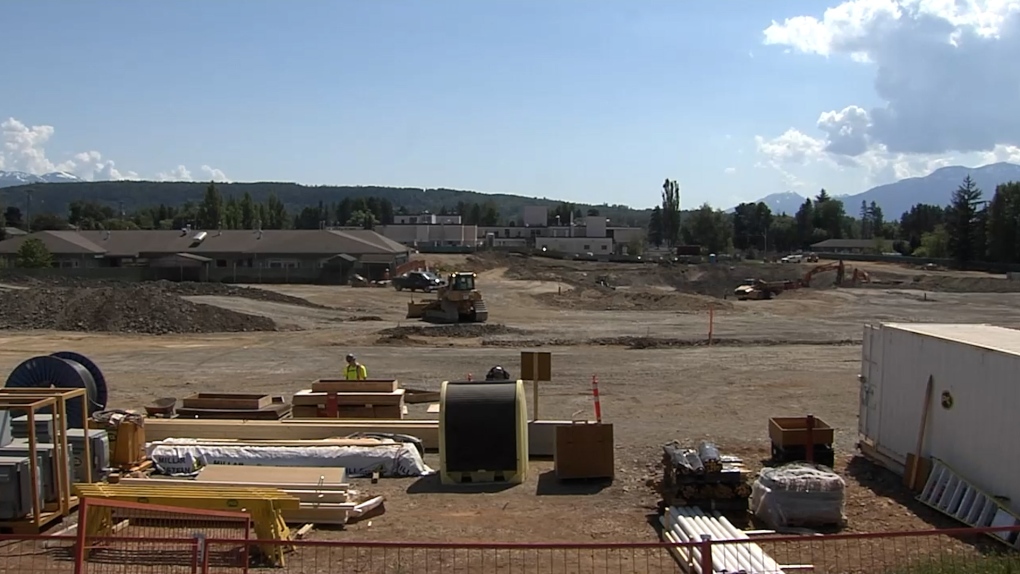 The replacement for Mills Memorial Hospital in Terrace is being built at the north end of the current hospital. (Source: Frank Landry/CFTK).

PRINCE RUPERT, B.C. -- Construction is underway to replace the aging Mills Memorial Hospital in Terrace, and the provincial government has provided more details on what the new facility will look like.

In a press release, the province says the new hospital will be more than twice the size of the current facility. The hospital's number of beds will also increase from 44 to 78, and it will also feature private rooms.

Likewise, the amount of treatment spaces in the emergency department will double from 10 to 20.

The new hospital will also have two trauma bays, six stretcher bays, four operating rooms and what the province describes at the latest diagnostic imaging equipment.

The new Seven Sisters Mental Health Facility will also be built at the new hospital, with an increase in beds from 20 to 25.

Of the 78 beds in the new hospital, 20 of them will be dedicated to adult inpatient psychiatric care.

Northern Health also says they're working to ensure the hospital is culturally safe for First Nations people, and they've created an Indigenous advisory working group that will provide input on the project.