Rio Tinto, union to meet in Vancouver as economic consequences of strike loom over region. 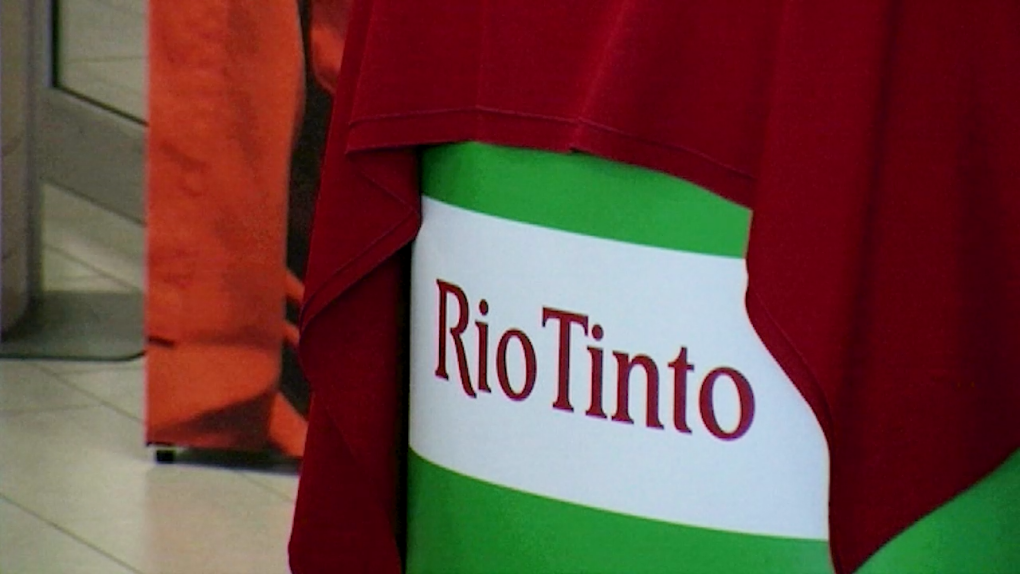 PRINCE RUPERT, B.C. -- Rio Tinto and the union representing its striking workers in Kitimat have agreed to another meeting to see whether negotiations can resume.

A memo from the company says representatives of Rio Tinto and Unifor Local 2301 met last Thursday and agreed to another meeting early next week in Vancouver to assess the potential of restarting negotiations.

The memo also says both parties have agreed that no other communication would be made until next week's discussion takes place.

Union President Martin McIlwrath said he has no comment to make on this development.

As the strike drags on into its fourth week, some of its ripple effects are starting to be felt in the Northwest. In particular, a Norwegian cargo ship has been caught in the strike’s crosshairs.

The MV Indiana ship is currently moored at the Kitimat port, but it’s unable to refuel itself with low-sulfur marine fuel due to the strike.

In a letter written by the ship’s master, Captain Roman Vicente Fudolig says the ship will run out of environmentally compliant fuel around the end of August.

Marc Gawthrop is the managing director of Arbutus Point Marine, which provides fuel to foreign ships on BC’s coast. He claims the company’s subcontractors, Northwest Fuels, don’t want to cross the picket line to refuel the ship out of a fear they’ll face backlash in the community.

The Indiana does have high-sulfur fuel on board, but it doesn’t meet environmental regulations.

“It may be that, at the end of the day, the vessel runs out of the low-sulfur fuel that she's bound to burn inside of the 200-mile limit and switches to the higher sulfur, for which they cannot expect to be penalized by Transport Canada for doing so under the circumstances,” said Gawthrop.

“However, if the strike last until 2022, it's likely that the vessel will run out of that fuel too and go dark. And from the response I've had from Rio Tinto and Unifor 2301, I can see the vessel going dark. And I can see the crew, which is currently trapped on board, being deprived of the necessaries for their safety and security on board, as pawns unwitting and unwilling to the labor dispute.”

CFTK has reached out to Northwest Fuels for comment.

Concerns also remain about the strikes economic impacts if it goes on for a long time. Kitimat Mayor Phil Germuth says a prolonged strike will affect the entire Northwest.

“It’s not just the District of Kitimat – this is going to ripple through the region,” he said.

“The wealth that’s generated from the smelter, both from the workers and from contractors and everybody else, that filters out to Terrace and the whole region – not to mention that there’s also several hundred workers from Terrace that are union employees here too. So it’s going to have a major effect the longer it goes on, there’s no doubt about it.”

950 union workers are currently on strike right now, but Kitimat Chamber of Commerce President Tracey Hittel estimates that around 2,000 people have been directly impacted by the strike.

He says contractors that work for Rio Tinto are "sitting on their hands" right now, and less money will flow through the region's economy because of the strike.

“If this drags on any longer and into the winter, people just can't sustain that,” he said.

“There’s new employees, new hires – they've bought houses, they've invested themselves into the community, which we want, and now all of a sudden we've got this huge problem. How are they going to support themselves? These young couples that just bought themselves a new house and a whole bunch of goodies – all the extras, the quads, the RVs – they’re going to have to start to look for work outside of the community.”

Both Germuth and Hittel signed a letter last week that called on both parties to meet and work together to reach an agreement. Terrace Mayor Carol Leclerc, Haisla Nation Chief Councillor Crystal Smith and Skeena Bulkley-Valley MP Taylor Bachrach also signed the letter.