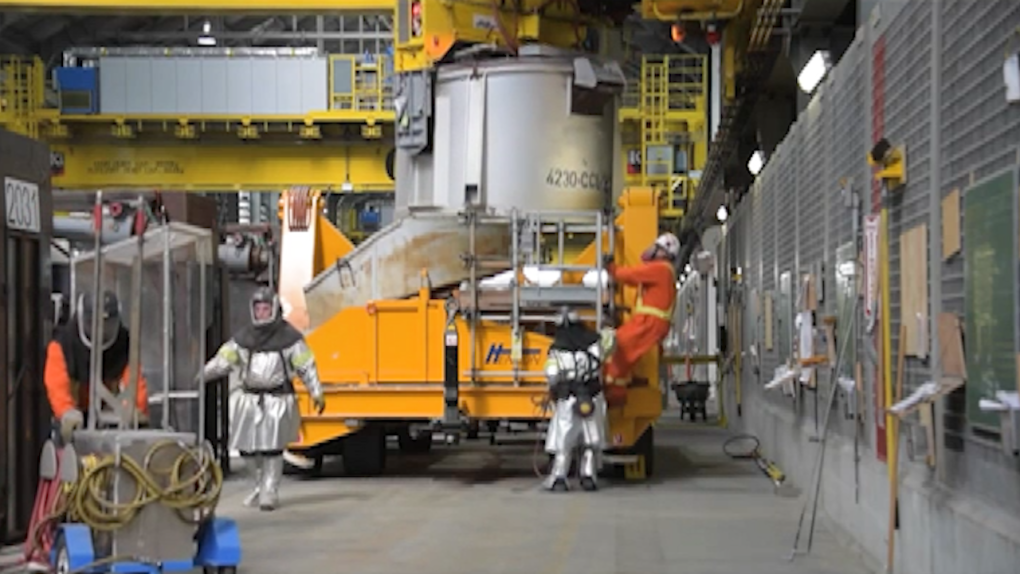 PRINCE RUPERT, B.C. -- Workers from Rio Tinto's Kitimat smelter and Kemano power operations are set to hold a strike vote today and tomorrow, just one week away from the end of their current collective agreement.

The workers' union, Unifor Local 2301, wrote in a notice to members that it entered negotiations with Rio Tinto on June 7th and had submitted “far fewer” demands than in previous years, in hopes it would have a better chance of successfully negotiating with the company.

However, the union says it has only been able to sign off 20 demands, most of which are “simple housekeeping” ones.

“This is obviously unacceptable as we approach the final days of our contract and the July 23rd (midnight) expiry date,” reads the notice.

“The company wouldn’t agree to our proposed timeline for additional face-to-face time resulting in reduced preparation time and a fight to maintain the face-to-face period that was in place in 2017. To make matters worse, the Company has proposed a lot more demands than they typically do which has also taken away from dealing with our issues at the table”

Rio Tinto has also applied to the B.C. Labour Board for an essential services designation, which would keep a minimum level of work going in the event of a labour dispute. The union’s notice says Rio Tinto had applied for the designation during previous labour negotiations in 2012 and 2017 as well.

“The negotiations committee has determined that even though talks continue, the lack of progress and the Company’s action of applying for essential services has put us in the position where we require a strong strike vote mandate to give us the push needed to reach a tentative agreement by the expiry date.”

The strike vote will be held at 7 p.m. tonight and 7 a.m. tomorrow inside the Riverlodge auditorium. Alternative arrangements will also be made for the union’s Kemano members to vote in Kemano.

CFTK has reached out to Unifor Local 2301 for comment.

In a written statement, a spokesperson from Rio Tinto said the company applied for the essential services designation to ensure the safety of B.C. residents by keeping hydro-power services running.

“We remain committed to having an open and mutually respectful negotiation, and are working in good faith with union representatives towards achieving a new CLA agreement,” it reads.

“The essential services application is a precautionary step to protect the health, safety, and welfare of BC residents, by ensuring critical hydro power-related operations continue to operate, in the event of a labour dispute.”