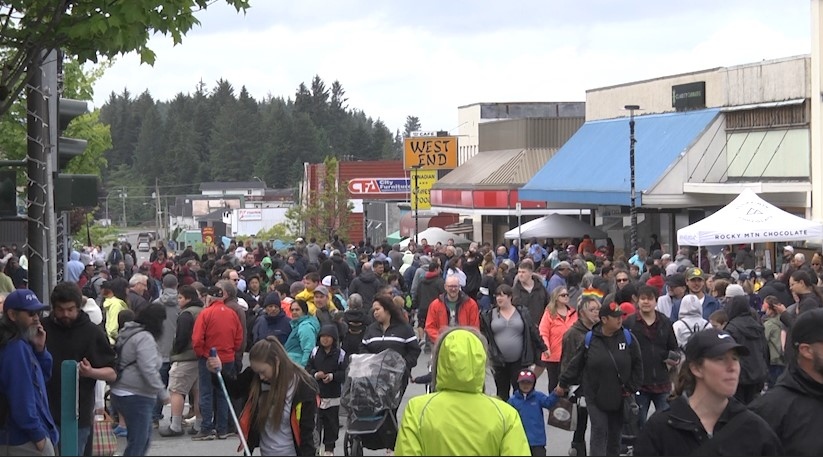 People from the Northwest gathered in Prince Rupert for Seafest 2022

Residents all over the northwest gathered in Prince Rupert on June 11 for the first Seafest since 2019.

"It is an event that is not just open to the community and to the outlying areas, it's all along the corridor. I mean, we've had people from Smithers, Burns Lake, Terrace, anybody who comes knows that June isSeafest time in Prince Rupert. That's what we want to strive to get back to after the two years of kind of being on hiatus with COVID-19 and pandemic," said Prince Rupert Special Events Society President Bev Killbery.

"We're thrilled that we were able to be able to put this back on. The community has been sorely missing it the last two years. That's one of our biggest remarks on Facebook; is when seafest coming back, when are we going to have a parade again, So for us to be able to do this and for the community to come out, we're just absolutely thrilled," said event director Robyn Martin.

The weather forecast wasn't exactly ideal as rainfall sprinkled down sporadically throughout the afternoon, but luckily it didn't deter the community from coming together to enjoy the special day.

"I think it's been better than I expected. I was a bit worried that some people are going to come, especially with the forecast the way it is today. Some people might have been wanting to stay home, but the parade route during the parade was just packed. I loved it," Martin told CFTK-TV News.

According to Killbery, a lot of the credit for the festival running so smoothly should go to the volunteers who worked so hard to put it together.

"It is something that takes a lot of work to do. We've had a really amazing number of volunteers. We've got new volunteers that have shown up, we have new directors that are taking charge. So we're kind of like passing over 30 years, because this is 30 years for the society of organizing, we're passing it on to the next generation," she said.

All in all, it was a day filled with games, great food, fun, laughs, and most of all, great company.