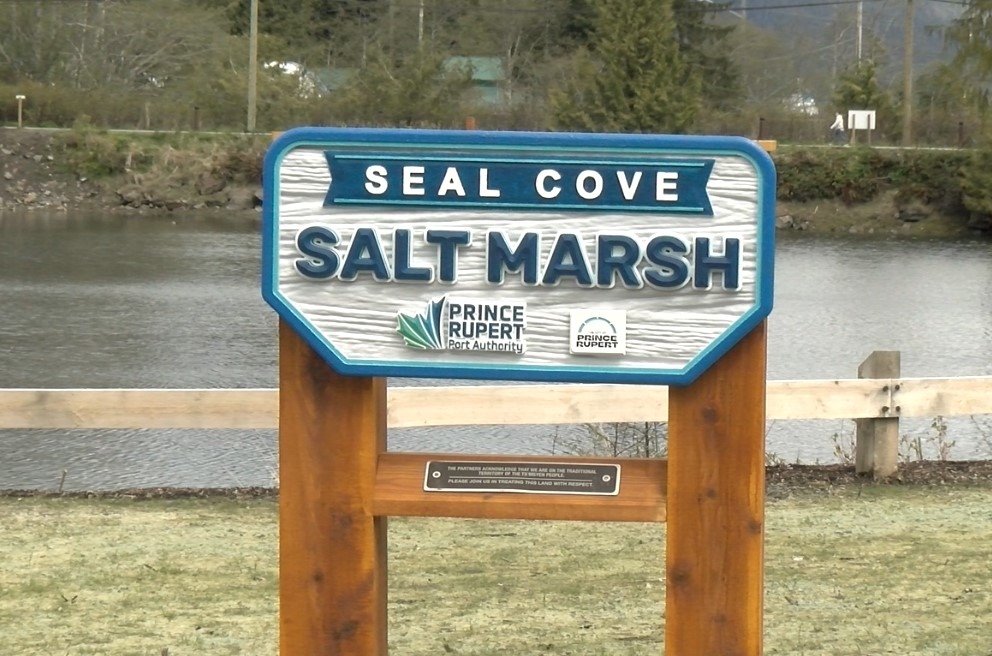 Prince Rupert Port Authority (PRPA), in partnership with the city, recently unveiled the new Seal Cove Salt Marsh, which was revitalized as compensation for environmental damage caused by the construction of the Fairview Ridley Connector trail.

The Fairview Ridley Conntector Trail is a new is a new five km road stretching along the southwestern edge of Kaien Island.

"We were able to find a site in the Seal Cove area that was owned by the city of Prince Rupert that has seen a lot of degradation over the decades from industrial and human activity, and would lend itself to be a really good candidate to to revitalize as part of this compensation project. So we made an investment of about $4 million in partnership with the city that provided that area to do this," said Ken Veldman, PRPA vice president of public affairs and sustainability.

According to Veldman, the money went towards a revamp of the public areas surrounding the marsh, as well as several environmental restoration components, including planting vegetation on the shoreline, creating rearing and feeding habitat for marine life and restoring an intertidal mudflap using recycled oyster shells.

"We (also) replanted an eelgrass bed using essentially transplanting eelgrass from from other areas around around the Prince Rupert Harbor and replanting that and the sort of the base of the of the salt marsh," said Veldman.

The hope is that the revitalization project will not only solve an ecological sustainability issue, but also provide community members with more access to waterfront and recreational activities as the summer season draws nearer.

"What made this project really innovative was that we were able to not just provide that environmental benefit, but we're also able to to include a recreational aspect to this project in terms of providing trails, new bridges, benches, lighting, and and really created a win win situation not just for environmental goals, but also for for community values as well," Veldman told CFTK-TV News.

The newly restored area was officially unveiled on April 23 at a public celebration event.