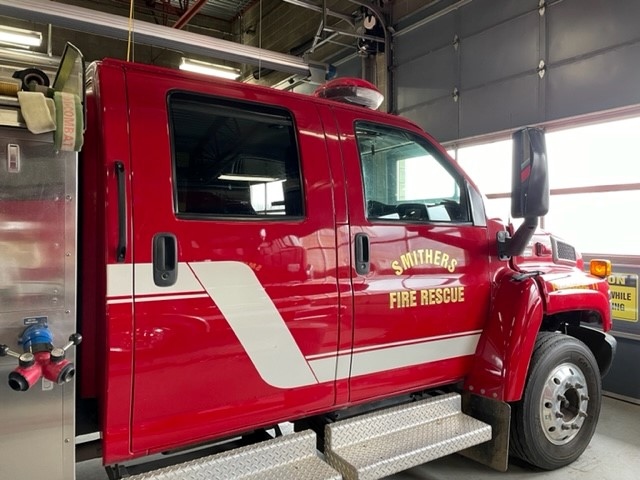 With wildfire season quickly approaching, the provincial and municipal governments are working together to provide funding and resources for new firefighter trainees.

In response to the 2021 wildfire events across the province, Smithers Deputy Chief Allejan Devries says his team recognizes the need to have a high level of training to prepare for any wildfire event. He adds that his department is responding well to the training courses, emphasizing that they are hoping to get a head start for the summer season.

“This Spring, we've already run courses during five different weekends where we were doing wildfire training. We have a bunch of new recruits that we've been running through the whole wildfire firefighting certification process. Part of that was a weekend of learning skills around wildland firefighting and training in doing assessments for residents around their homes.”

“They've given us just over $40,000 and they’ve been really generous in providing us with funds to be able to be more effective in our duties.”

For Stikine MLA Nathan Cullen, he too believes this funding can increase the department’s wildfire response and better prepare trainees for handling current intense fires.

“Our regional districts and rural governments are able to provide the services to their communities if and when the fire does come. The intensity and the nature of these fires has changed, we just can't treat them like we did 20 to 30 years ago because they're not the same.”

Cullen explains that climate change has been a top concern with regard to the increase in the amount and intensity of wildfires throughout B.C.

“Climate change is feeding these fires and as a province, we have some of the most ambitious goals in North America when it comes to reducing our carbon footprint. We need to meet these goals not tomorrow, not later, but now.”