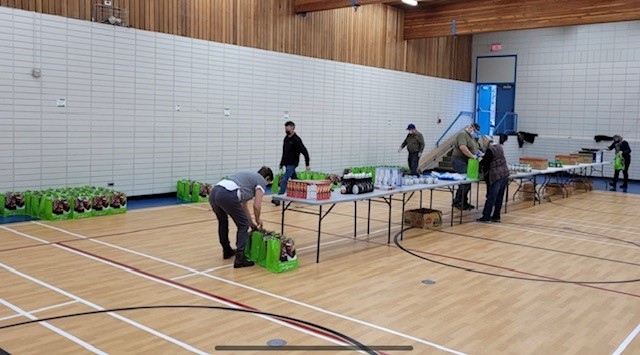 With 144 packs served to several local northwest schools weekly, the Starfish Pack Program aims to end hunger, one child at a time.

Starting out as a pilot project with just 6 backpacks, the program acted as a response to an Abbotsford teacher's cry for help. The kindergarten teacher reported having to feed her students who were coming to school hungry. Soon afterwards, communities in the northwest realized that this wasn’t just an Abbotsford problem, but an issue that has been recognized in areas all throughout the province.

Thanks to the hard work of volunteers and the generosity of the community, Terrace Starfish is proudly able to serve students at several schools, including Parkside Secondary School, Thornhill Primary, Cassie Hall Elementary, Suwilaawks Community, and Skeena Middle School.

"It's so meaningful to us because we get to know that the kids are being cared for and fed. Since the start of the pandemic, a lot of families have hit a major financial downturn and this is our way of giving back and saying kids need to eat," said Malmas.

Each week, volunteers fill packs with two breakfasts, two lunches and two dinners, plus snacks, and deliver them to locals schools. Over the last two years, volunteers have been packing the food in reusable shopping bags provided by Save On Foods.

Teachers have reported improvements in children's behaviour, learning skills, ability to focus and to do partner work. Starfish has now expanded to over 20 cities and is helping make sure children across B.C. don't have to worry about weekend hunger.

Jackson is delighted to be a part of such a fulfilling partnership and loves to hear feedback from the community.

"One of the teachers had made a comment to me recently when they were shopping in the store. They said that the kids want to come to school on Fridays so they can get their bag of food. That made me happy to hear because that's exactly what we want."

Jackson states that the program is always welcoming new volunteers to support the cause.

"Reaching out to the Terrace-Skeena Valley Rotary Club is best as they're the ones who are spearheading the labor piece of it. Parkside Secondary School is also volunteering a bunch of the kids to come down as part of their community hours. There are always going to be opportunities to help out."