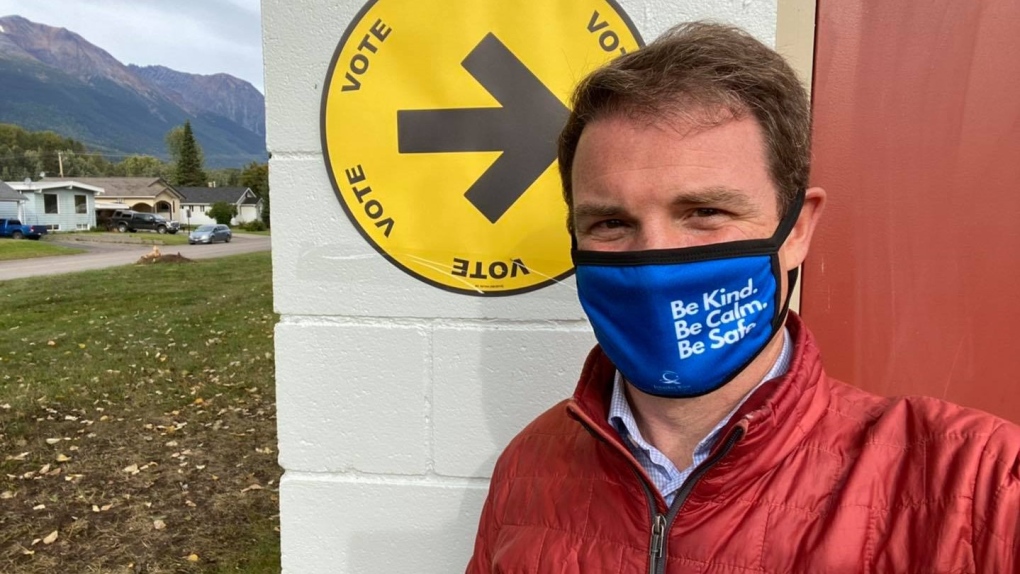 “I'm honored and humbled to have a chance to keep representing this incredible region we call home,” he said.

“It was said that this was an election that that nobody wanted, but at the same time elections are a chance to talk about the important stuff. We worked really hard to get out there and engage with people all across Northwest B.C. and to talk to them about the things they're concerned about, the things that matter to them.

“And, like I said before, I'm really humbled to have a chance to try to represent Skeena-Bulkley Valley again in the House of Commons. It's a huge job, and it's one that I take very seriously. And we're just going to work as hard as we possibly can from here on in.”

Bachrach was first elected to the House of Commons in 2019 as a member of the NDP caucus. He won this year’s race with 42.3 per cent of the vote. Runner-up Claire Rattee from the Conservative Party earned 36.2 per cent of votes.

Bachrach credits his volunteers and campaign team with helping to carry him over the finish line.

"We win because this is a movement. It's a movement around a vision of a better future for the Northwest and for Canada. A future that's more equal and more fair and more sustainable, and that resonates with a lot of people. So [I’m] really pleased to have a chance to serve again,” he said.

“We're going to hit the ground running and we're going to work really hard to try to bring people together in this riding and talk about our shared values."

Bachrach also said there's a lot of division in politics lately, and that it's easy to feel cynical about the way people talk to each other on social media.

But on the campaign trail, he says he had a different experience.

"When you go and you knock on thousands of doors and you talk to ordinary Northwest British Columbians about their lives and about their values, it really reaffirms my faith in the people of this region – that we do have so much in common, that we do have a lot of the same hopes and a lot of the same concerns. And that gives me hope that we can work together and we can build a stronger region."

Moving forward, Bachrach says he wants to continue advancing truth and reconciliation in parliament and resume his work in the parliamentary hearing on rail safety.